Shanghai Minsheng Art Museum is honored to announce Yang Jiechang's large-scale solo exhibition 3 Souls 7 Spirits opening on November 6, 2019. The exhibition presents 20 groups of major works created over the last thirty years and puts the emphasis on Yang's oeuvre as a painter. Yet, next to 14 sets of paintings and calligraphies it includes also 2 installations and 3 videos. The exhibition is curated by Martina Koeppel-Yang.

3 Souls 7 Spirits is the title of Yang Jiechang's large-scale solo exhibition at Shanghai Minsheng Art Museum, and it is the name of one of his masterful calligraphies present in the exhibition, too. The motto originally describes the daoist concept of the essence of the human soul. As title of Yang's solo exhibition and as calligraphy, it hints to two fundamental elements in his oeuvre: the use of the calligraphic brush and the emphasis on spiritual values, which he appreciates for their universality. It is a kind of pragmatic spirituality, anchored in the here and now, similar to the one evident in Chinese literati culture, where contemplation and self- cultivation are as much an act of participation in worldly affairs as governing.

Yang Jiechang's main tool to actively take part in our contemporary world is the Chinese brush. He has been using a variety of artistic media throughout his career, yet painting and calligraphy are at the centre of his creation. He however does not consider himself an ink painter or calligrapher but rather a contemporary literati and painting for him is an act of participation. After his emigration to Europe in 1988, Yang was quasi naturally attracted by romanticism, in particular German romanticism with its subjective quest for spirituality, its love for nature and the search for the obscure and unfinished. Both, Eastern spirituality and romanticism are present in his oeuvre on a conceptual and on an aesthetic level from very early on, for example in his Hundred Layers of Ink series (1989 - 1999).

Everybody is a Qi Baishi,2017, installation with drawings, 25 tables and stools and 400 frames, education program 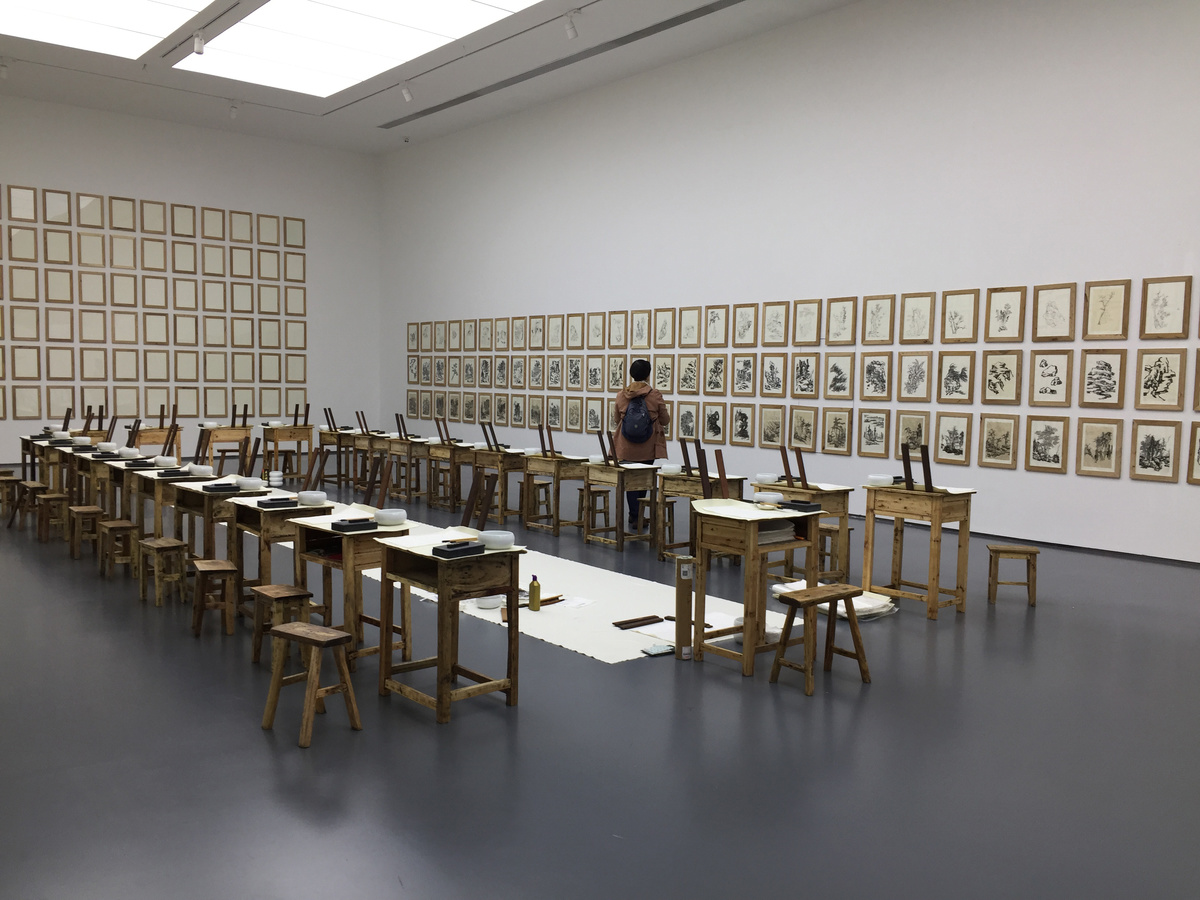