What motivates someone to leave, for an hour, a day, a week, a year or a lifetime?
What is revealed by the fact of moving, of wanting to leave, or of being pushed to leave, of searching for a means to go further, and towards where, and how?

This fifth exhibition of the Marcel Duchamp Prize in China proposes a new look at the French scene with 12 winning and nominated artists from the Marcel Duchamp Prize. The curator, Annabelle Ténèze, has chosen works selected through the prism of the road, that is to say the notion of displacement, travel and discovery. Taking as the starting point a poem by the Spanish poet Antonio Machado (1875-1939), “Caminante, no hay camino”, this project brings together works in which displacement is as much a subject as it is a metaphor. Accordingly, each work becomes an opening, a road to discovery.

The artists whose works are presented in this project appropriate every means of locomotion possible, from the simplest to the most universal – walking - to the most technological and reserved for just a few - a spaceship. By following their works, we pass from one universe to the other, to reconsider the impossibilities and dangers on the road, to experience a humanist, poetic or political resonance in the fear and the hope aroused by the change in the journey and the meeting with other cultures.

A former student of the Ecole des Chartes and the National Institute of Cultural Heritage, Annabelle Ténèze is chief curator and Director of les Abattoirs, Museum- FRAC Occitanie Toulouse since 2016. Annabelle Ténèze was first curator of the graphic arts cabinet at the National Picasso Museum-Paris (2006— 2012). She then headed the Museum of Contemporary Art in Rochechouart until 2016. She has organized the solo exhibitions of Jules de Balincourt, Eduardo Basualdo, Tomaz Furlan, Raoul Hausmann, Folkert de Jong, Kent Monkman, Laure Prouvost and Carolee Schneemann. She has also coorganized several exhibitions dedicated to women artists (Paint, she Said French Women Painters and Lucy’s Iris: Contemporary African Women Artists in partnership with the MUSAC in León and the CAAM of Las Palmas de Gran Canaria). Since her arrival at les Abattoirs, the following exhibitions have been presented: Autour du Nouveau Réalisme (in partnership with the Centre Georges Pompidou, Paris), Daniel Spoerri: les dadas des deux Daniel , Suspended Animation (in partnership with the Hirshhorn Museum and Sculpture Garden, Washington DC), Medellín, A Colombian Story: From the 1950s t o the Present (in partnership with the Museo de Antioquia Medellín), Zero Gravity: An Artistic Approach of the Space Adventure (in partnership with CNES), Picasso and the Exodus: A Spanish History of Art in Resistance (in partnership with the Musée national Picasso-Paris), I am a Native Foreigner , as well as several monographic projects (Joël Andrianomearisoa, Eduardo Chillida, David Claerbout, Hessie, Marguerite Humeau, Renaud Jerez , Jacque linede Jong, Presence Panchounette, Maya Rochat, Vivien Roubaud, Judit Reigl, Kevin Rouillard, Carolee Schneemann, Gisèle Vienne, etc.). She teaches at the Ecole du Louvre where she has been in charge of the specialty course “the art of the twentieth century” (2012-2016). Her work
has also focused on Pop Art and its connection to art history; she has published in several catalogs on Pop art and in monographs dedicated to Roy
Lichtenstein, or Tom Wesselmann. Her n ext project will be de voted to Peter Saul.

Created in 2000 by the ADIAF, Association for the International Diffusion of French Art, each year the Marcel Duchamp Prize honours a winner from among four artists, either French or residing in France, working in the field of the plastic and visual arts. Organized from the outset in partnership with the Centre Pompidou, this collector’s prize has acquired worldwide prestige, placing it today among the major national benchmark prizes on the international scene.
The Marcel Duchamp Prize has purposely chosen to recognize the most innovative artists of their generation in the aim of encouraging and confronting all artistic forms: painting, sculpture, video, photography, installation... With more than 80 artists distinguished since its creation in 2000, including 18 winners, the Marcel Duchamp Prize provides a wide panorama of the many varied contemporary art trends in France today. The organization of exhibitions of the artists singled out by this prestigious prize throws invaluable light on the energy and vitality of the current French scene. To date, the ADIAF can be credited with fifty of so exhibitions, including 20 worldwide. After a first exhibition in China in the French pavilion of the Shanghai World Fair in 2010, in 2017, then in 2018, ADIAF had the pleasure of being invited by the French Embassy in China and the Institut Français for the Croisements Festival in order to present current-day French creation.

Presided over by Gilles Fuchs, the ADIAF, Association for the International Diffusion of French Art, groups together nearly 400 contemporary art collectors firmly committed to the adventure of creation. Sponsored by art-patron companies, the ADIAF has set itself the task of highlighting the creative energy and vitality of the French scene at the beginning of the 21st century and of helping to raise its international profile. Created in 2000 by the ADIAF, the Marcel Duchamp Prize is one of its most outstanding initiatives. Organized from the outset with the Centre Pompidou, this collector’s prize intends to bring together the most innovative artists and confront all artistic forms. Each year, it honours a winner from among four French artists or artists residing in France, working in the field of the Plastic and Visual arts: installation, video, painting, photography and sculpture... The four artists nominated for each edition are chosen by a committee of collectors, enthusiastic actors in the art world, which is what make this prize so unique. The “selection of artists” is then submitted to an international jury, uniting experts considered to be authorities in the contemporary art world – curators of major institutions, French and foreign collectors – responsible for choosing the winner to whom the ADIAF offers a financial endowment of 35 000 euros. The selection committee and the jury are renewed each year. Over the years, the Marcel Duchamp has established itself as one of the most relevant vectors of information about contemporary art in France. An Ambassador of the French scene, it has acquired a reputation and prestige placing it among the top international benchmark prizes in contemporary art. The fifty or so exhibitions organized to date by the ADIAF worldwide around the Marcel Duchamp Prize throw invaluable light on the current vitality of contemporary art in France.

The French Embassy in China by means of its service of cooperation and cultural initiative has the task of spreading French culture throughout China and setting up partnerships between the artistic institutions and cultural economic actors in both countries. Each year, the Embassy coordinates three artistic festivals: The Fête de la Francophonie in March (celebrating its 24th edition in 2019), the Croisements Festival (14th edition) and the Franco-Chinese Month of the Environment 6th edition).

Under the administrative supervision of the French Ministry of Foreign Affairs and International Development (MAEDI) and the Ministry of Culture and Communication (MCC), the Institut Français actively contributes to France’s foreign influence via the promotion of its image and the defence of its interests whether they be economic, linguistic or cultural. Its projects and programs take into account local contexts and can rely on a unique capacity for deployment throughout the vast network of cultural services in French Embassies, Instituts Français and French Alliances on the five continents.

France Culture is an art and culture website produced by the cultural office of the French embassy in China. It is rooted in China and provides information of various activities related to French and French films, music dance drama books, environmental protection, education and tourism. （www.faguowenhua.com） 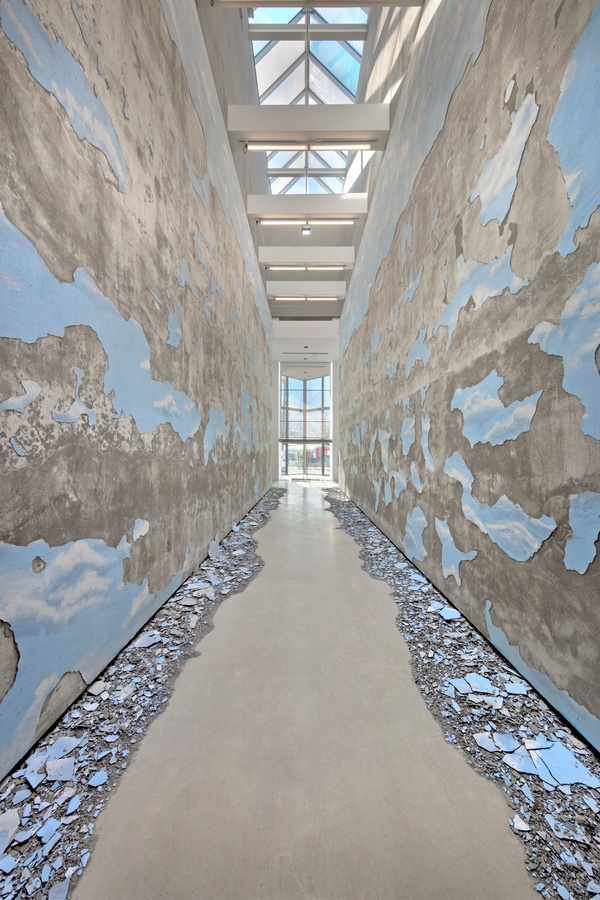 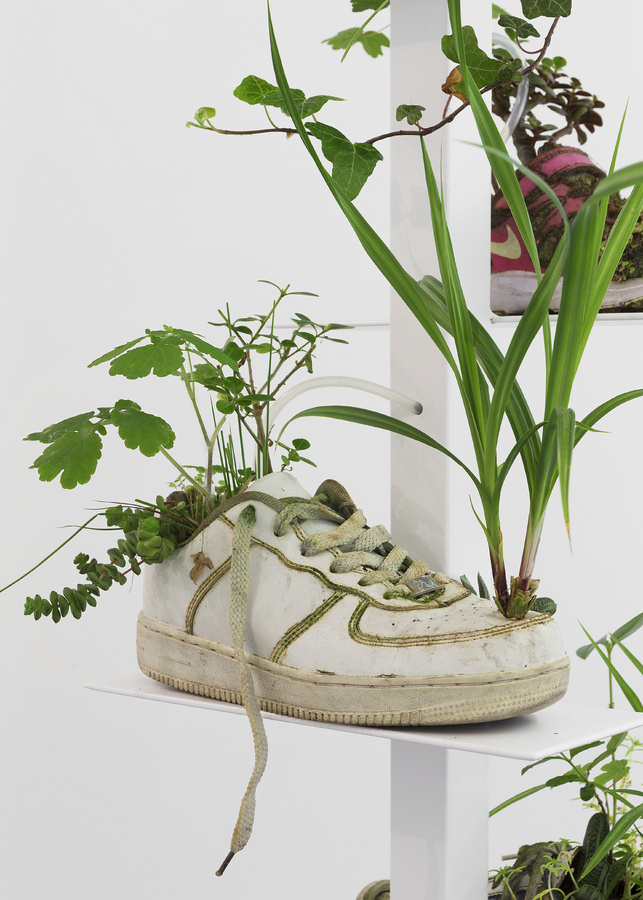