The series of events on "The 5th CIAFF Campus Exhibition Tour: Shanghai Station" were co-organized by Shanghai Minsheng Art Museum and China Independent Animation Film Forum (CIAFF). As a private non-profit art institution, Shanghai Minsheng Art Museum aims to promote the in-depth construction on contemporary society and foster wide-ranging social influences. CIAFF is the first unofficial, non-profit animation film art project in Mainland China under the joint sponsorship and planning by private institutions. The two institutions share their common goals in promoting the development of contemporary art and supporting young artists as well. As the second issue of the whole series, this event was divided into two parts as follows:

Cen Jun was born in Guangzhou, China in 1986. He completed an MA degree at Maryland Institute College of Art in 2013 and is currently living and working in New York.

Introduction:In this short film, the animator created a post-Utopian city in the future. Although the city seemed to be peaceful, it was shrouded in the darkness under an unknown sandstorm. In the end, the audience would discover that the whole story actually happened in the engine compartment of the car driven by the main character. Once the main character shut down the engine cover, the story would enter endless reincarnation.

Chen Weiqiang received his Bachelor of Fine Arts degree at School of Art, Design and Media, Nanyang Technological University in 2009. He worked as an animator in Polygon Pictures Inc. in Japan from 2009 to 2010. He is currently living and working in Singapore and San Francisco.

Chen Yuanyuan was born in Wenzhou, China in 1993. She received her bachelor's degree at Sichuan Fine Arts Institute in 2016. She has been worked as a professional illustrator in Hangzhou since 2016.

Shao Jun was born in Chongqing, China in 1993. He received his bachelor's degree at Sichuan Fine Arts Institute in 2016. He has been worked as a professional illustrator in Chongqing since 2016.

Introduction:We live on earth. When facing various groups of people, we may sometimes take ourselves alone as individuals. It seems that there should be a certain group of people we may never come across with through our whole life. The underground railway is taken as a kind of concentration of the world, whereas you can come across with people of different careers and appearances, coming and going in a huge rush of time. Since the underground railway is a kind of transportation invented in modern society, it can be taken as an intimation of the comtemporary social environment.

It not only contains a subtle suggestion of time, but also is a reflection of various social phenomena in real life. This animation film is presented in the form of duo-screen, which creates two independent spaces. It can be taken as a metaphor of two kinds of people who shall never get in touch with each other, but actually have inner connection and interaction in many circumstances. The two independent screens showing irregular graphics and lines connect with each other, which indicates the mutual connection among the whole world.

Chi Yuzhou was born in Qingdao, China in 1994. He is currently living and working in Chongqing.

Introduction:This is a film of personal feelings. A circle of self-destroy and self-salvation. From the beginning to the ending, from life to death, from death to life, lives and deaths. In the sentiment of life as death and death as life, peaceful mind is obtained from self-understanding. However, the peace is temporary, which follows the depression. The two kinds of sentiments are endlessly cycling, just like a tail-biting snake. The world in the video is like a vacuum that is separated from the outside world. It is the spiritual world of introverted individual sensitivity that contains two selves living in different period of time. The film talks about the conflict and tension between the two selves, either of which would like to become the only one that controls the sentiments. The dead self becomes the war trophy, the nutrition and the sacrifice  of the living self, which uses "death" to express mental comfort for oneself.
The film uses a large amount of symmetrical compositions. The basic tone is all about human bodies in black and white, which leads the film to a more direct and in-depth criticism of the reality.

Shang Sang was born in Sichuan, China in 1989. She received her master's degree at Venice Academy of Fine Arts in 2016. She is currently living and working in Venice.

Introduction:We are always sitting. We sit when we are at school. We sit when we are at work. A comfortable chair has become an inseparable part of human life and even human bodies. We don't need to climb, nor do we need to run. What we need to do is simply sitting, through which we could understand the world around us.
In this case, I think if one day, we ourselves became chairs, and we could do nothing without chairs, what would the world be like by then? We would not be able to hug or kiss. We would be probably like dead persons when we were even out of internet one day.

Lei Mengna was born in Sichuan, China in 1989. She received her bachelor's degree at Sichuan University in 2011. She obtained her master's degree at Division of Animation and Digital Arts, School of Cinematic Arts, University of Southern California in 2014. She is currently living and studying in Los Angeles.

Introduction:This animation film is about one ordinary day of a Chinese family. Through the uniqueness of animation language, it aims to present some real things that cannot be seen in our daily life. The behavior of the father in the film also reflects the distortion of family relationship, marriage and family education in some Chinese families. 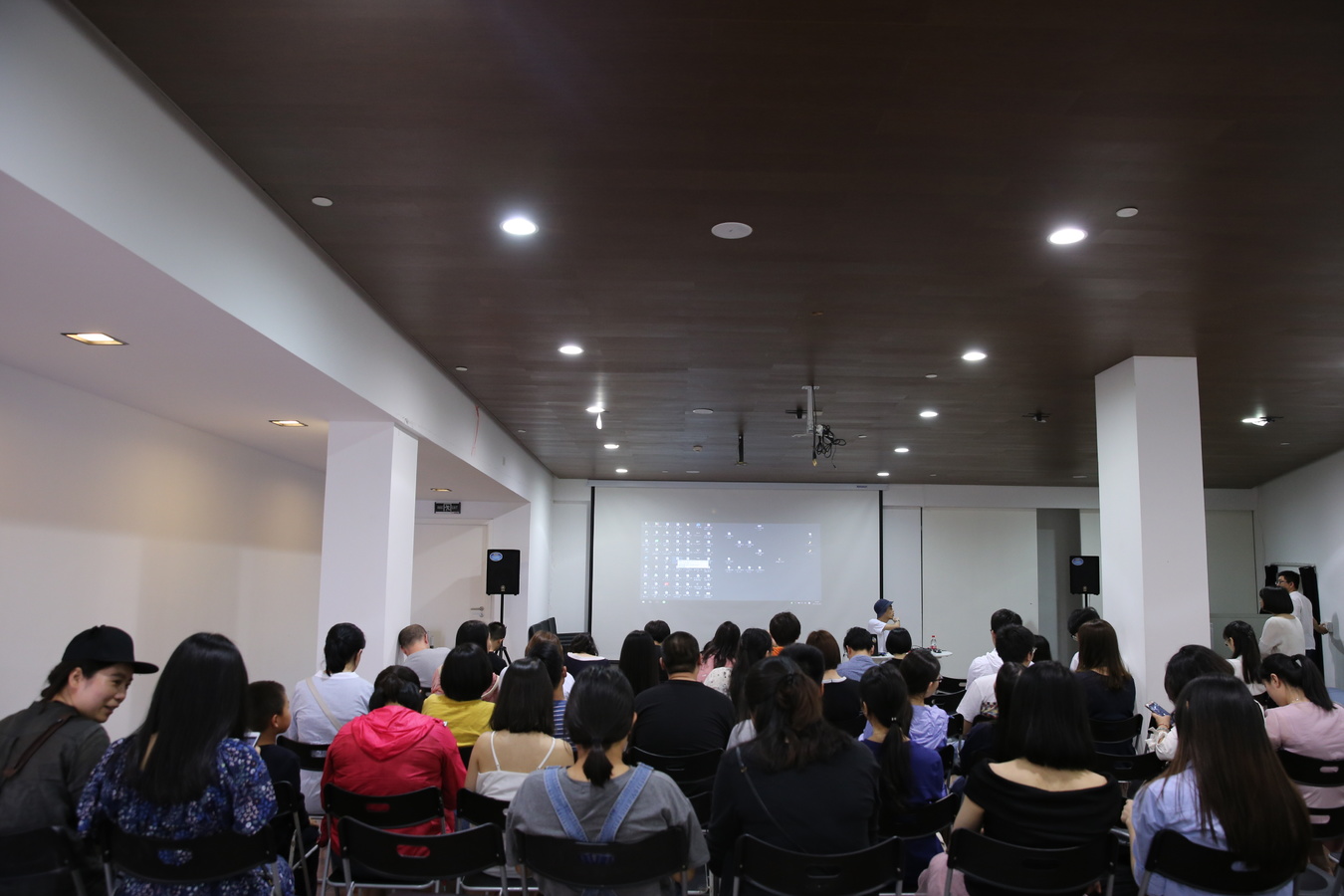 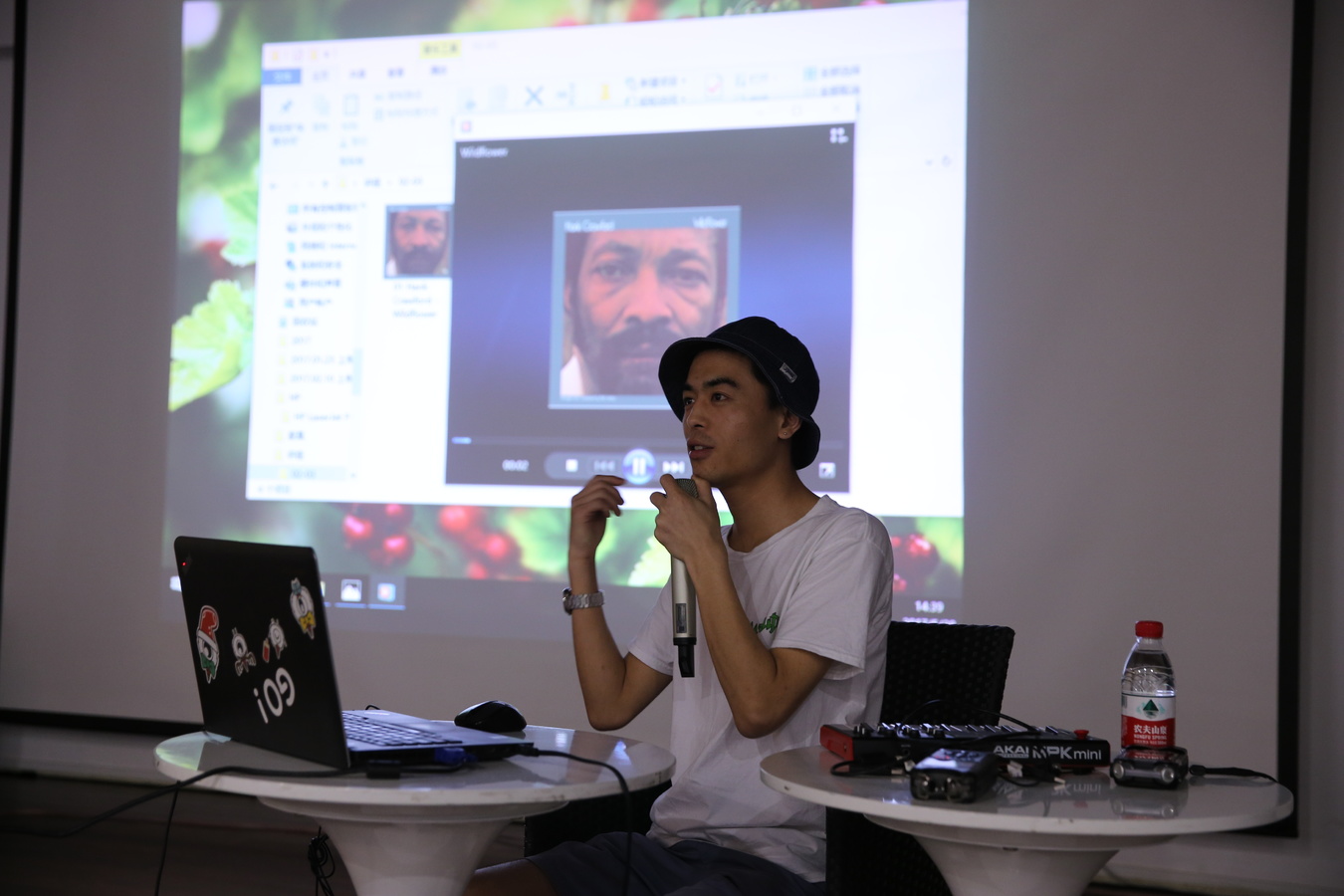 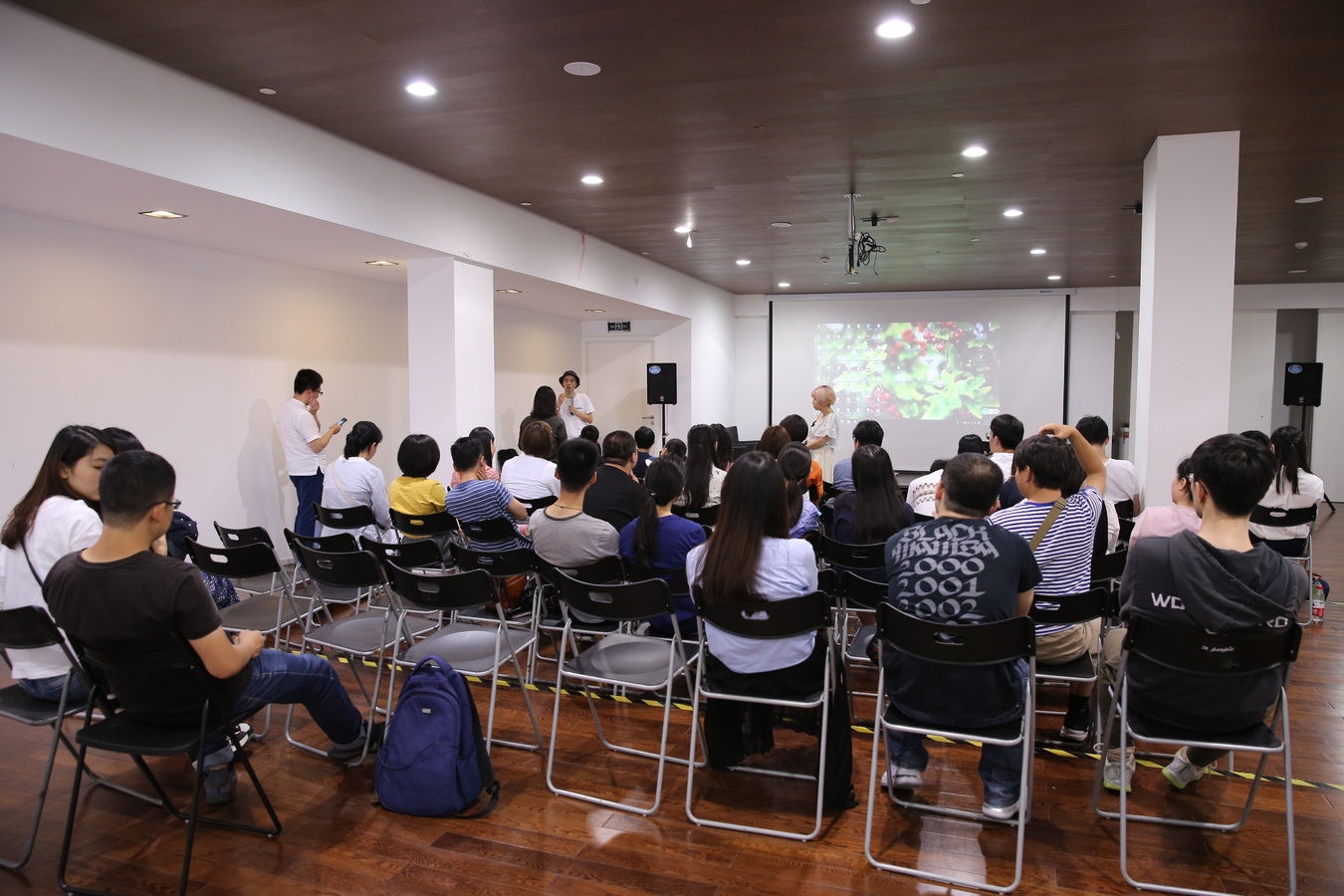 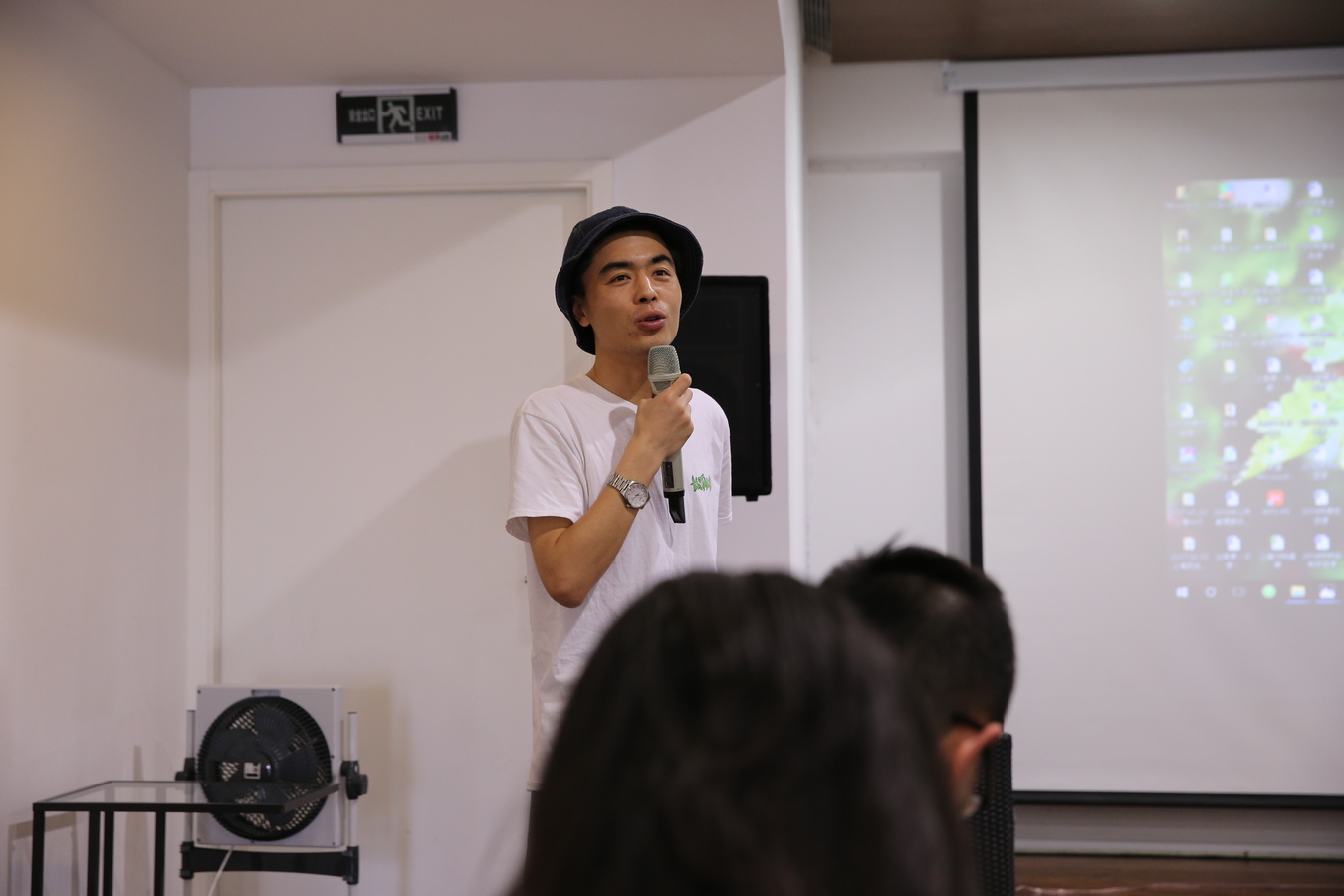 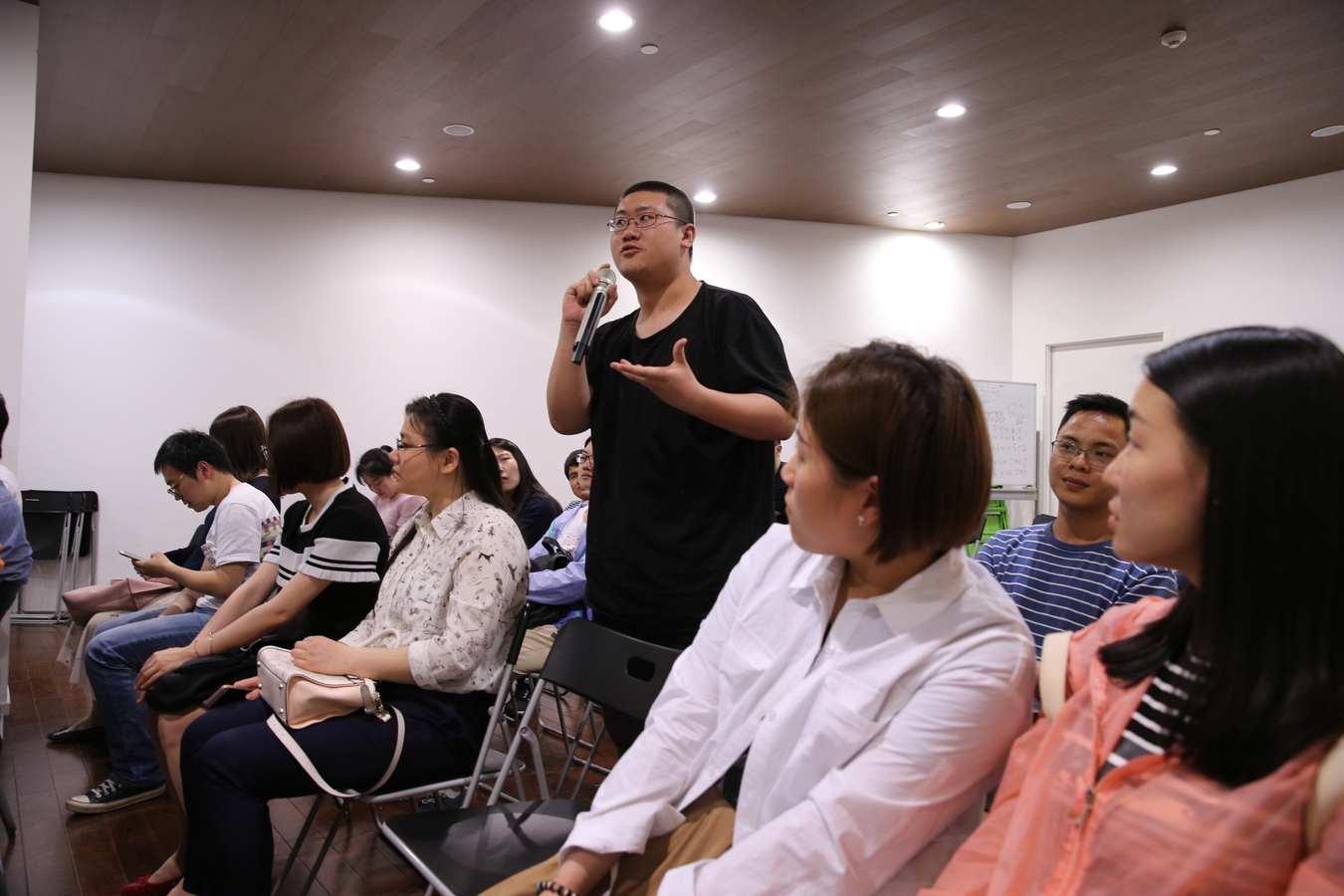 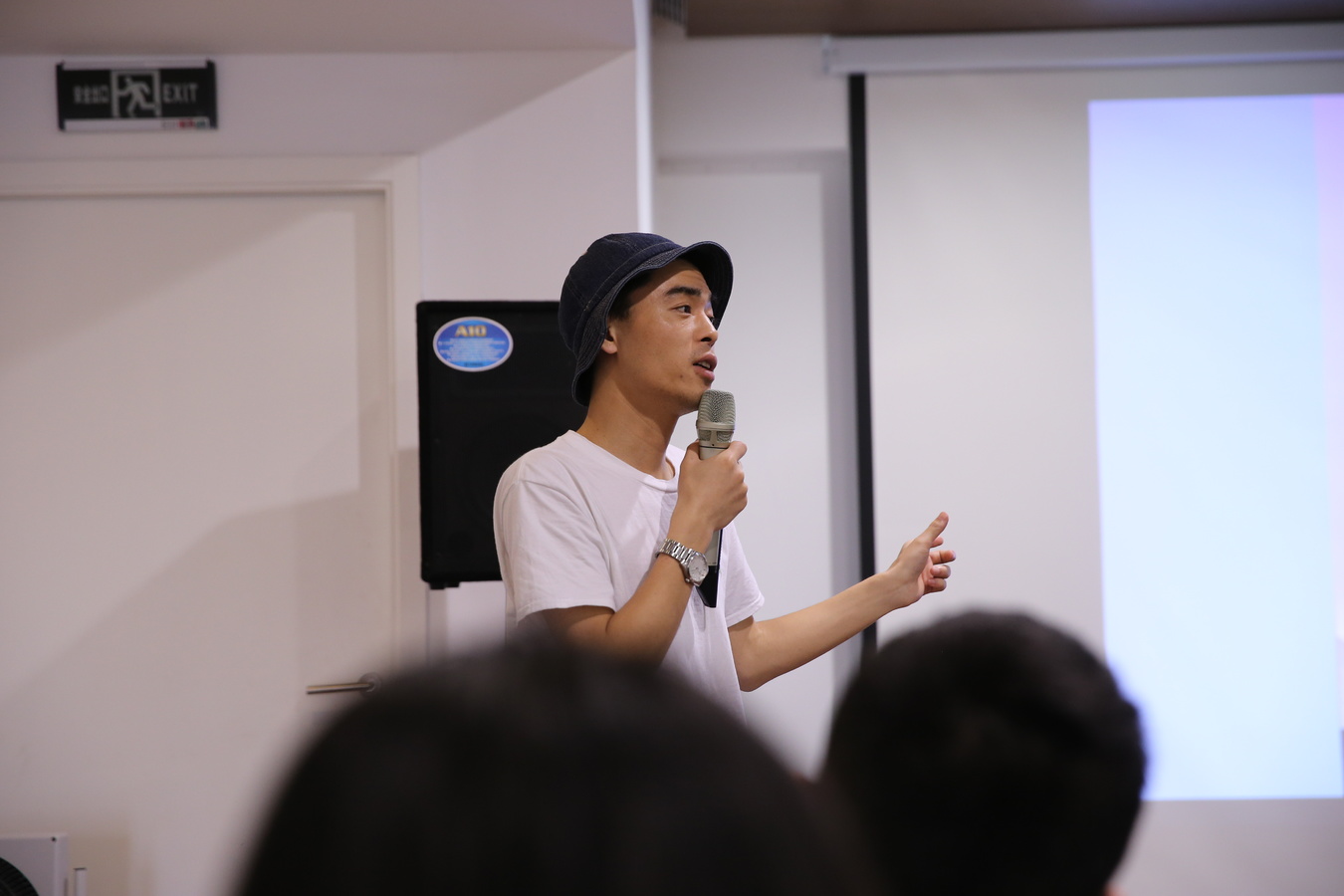