Under the terrifying domination of the Middle Ages, the disadvantaged were controlled by superstition, corruption, violence and anti-intellectualism, while the upper class indulged themselves into promiscuity, murder, and blasphemy. The bishops were degraded, Lords were subverted, the ignorant people were wandering—this is an age of epilepsy. “When the weed had crept into the Garden of Eden,” a dazzling ray of light penetrated through the dark fog: Martin Luther ignored “the demand of God” and threw the bishop’s imperial edict into the flames; Ferdinand Magellan, not fearing “the dragon in the pit” stepped on the circumnavigation of the Earth; Dante, who never yielded to the excessive power, resolutely left Firenze, where he had lived for five decades, and began a journey to the immortal world; Nicolaus Copernicus insisted on the heliocentric theory and finished On the Revolutions of the Celestial Spheres, regardless of the persecution from the Catholic Church…… Meanwhile, the great artist Dürer from the North finished the first math puzzle.

Then there rose a power of rebellion, a revolution about human being. The art works of Renaissance are traces of how roused human transcended the mortal world in the process of creating. Aside from the famous smile portraited by Leonardo da Vinci and Michelangelo’s splendid The Sistine Chapel Ceiling, what is worth underlying is the vital media behind this movement: the printing technique. It was via printing and engraving that words of justice, poetry about freedom, and scientific formulas travelled across Europe and landed at numerous corners of the world. The great artists not only used engravings and etchings as witnesses of great dome paintings, but also as an independent media of art. A massive amount of excellent works were created on copperplates.
Originated from China, Japanese art has developed its own vibe. During the Nara period, Empress Komyo constructed Shosoin to capture the great Tang Dynasty. From the Kamakura period to the Azuchi-Momoyama period, Zen’s minimalism from Song and Yuan Dynasties were dominatingly popular, until the birth of ukiyo-e in the Edo period. The term ukiyo ("floating world") came to describe a hedonistic lifestyle, filled with luxe and pleasure. The ukiyo-e art originated and distinguished from Chinese paintings of Ming and Qing Dynasties. Its artists produced woodblock prints and paintings of images of a sophisticated world of urban pleasures, with performances in theatres and pretty females. Ukiyo-e artists like Hokusai and Hiroshige created art languages of elegance and classics. There is no doubt that ukiyo-e art is the real folk language, a popular art. On outlining a work, the ukiyo-e artists begin to capture the present with colors. Once the mortal world is in the painting, it becomes a part of a memory.
Ukiyo-e has spread across the globe in the past two centuries, influencing European impressionists such as Vincent van Gough, Monet, Manet, and Camille Pissarro. Once an ukiyo-e painting could only trade for a bowl of soba noodles, now ukiyo-e art has occupied the front line of art galleries and important auctions worldwide, proving its unique status in art history.
Su Xiaohua was the invited guest of this meeting. This post-90’s collector presented the first edition of Holy Bible in Latin and some of the most important engravings of Europe’s classical period. From works of Albrecht Dürer to those of Rembrandt van Rijn, from works of Vatican to those of Fontainebleau, and even the precious original works of Hokusai. Through recollecting the dreams in ukiyo-e art, the spirit of these artists relived. The audience were also guided to admire masterpieces: the lovely young lady in Suzuki Harunobu’s works, the sakuran’s bitter has-been loneliness in Kitagawa’s paintings, the grace and solemnness in Hokusai’s works, the mystery in Hiroshige’s white space. Apart from ukiyo-e art, copperplate engravings were also under the spotlight. The audience could observe the mysterious motion in Rembrandt’s delicate grids, and the innovation and adaption in details of Dürer’s engravings, and the symbolized meaning of exploring the nature and life.

Su Xiaohua:Coming from Rome, Su Xiaohua is a young collector who is one of the post-90’s generation. He learned from the famous restorer Andrea D.E Marchi, Renaissance scholar
Alberto Di Castro, engraving collector Stefano Bifolco, the Francesco family and ancient map scholar Fabrizio Ronca. He has thoroughly studied Renaissance art restoring, authentication and collection. Currently he is the chief curator of Hua Gallery and Hua Studio.
Su has systemically collected pieces of oldmaster of Renaissance, and of the six great ukiyo-e masters of Edo period. His collections are frequently published in authentic books on art history of the world. Some of his collections, including Dürer’s Melencolia I and Saint Jerome in His Study and Rembrandt’s Bible series were exhibited in Petit Palais in Paris, Palazzo Medici Riccardi in Florence. 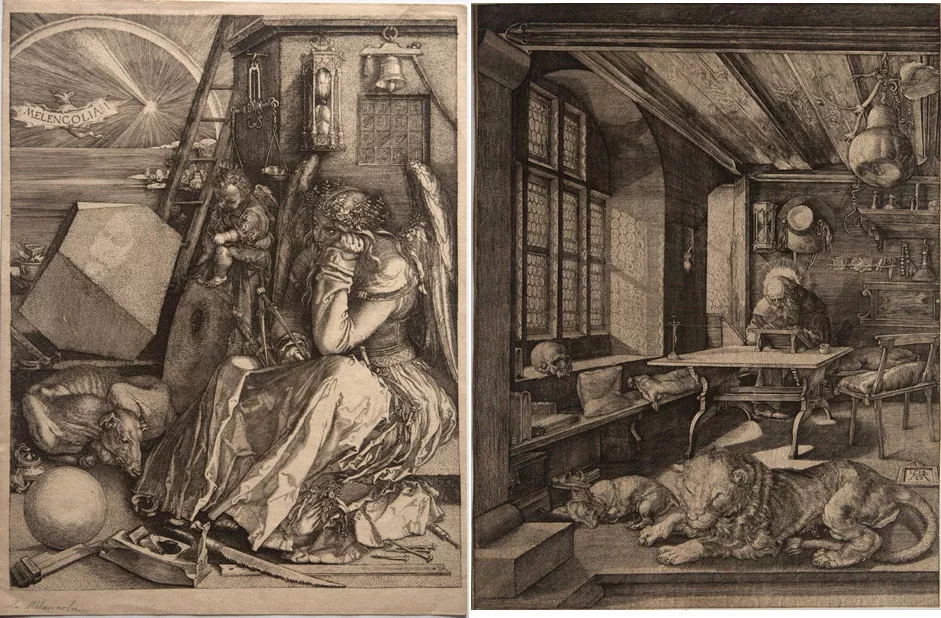 The Hundred Poems [By the Hundred Poets] as Told by the Nurse: Ariwara no Narihira Ason [Rokkasen], 24.5*37cm, 1830, Katsushika Hokusai, wide nishikie (A collection of Hua Studio) 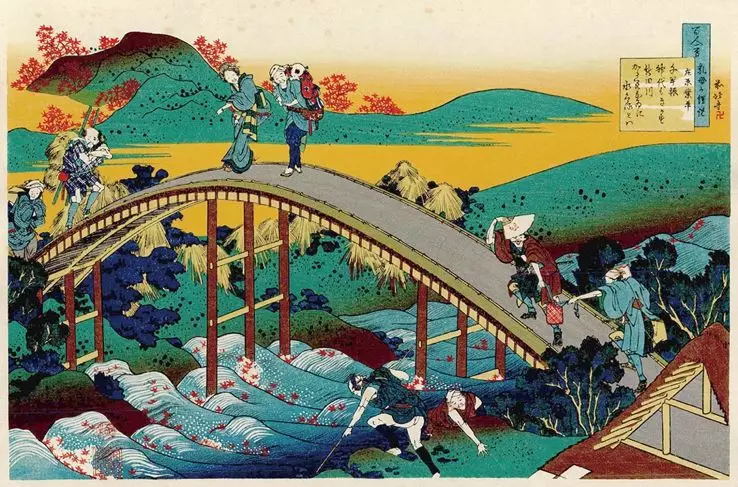 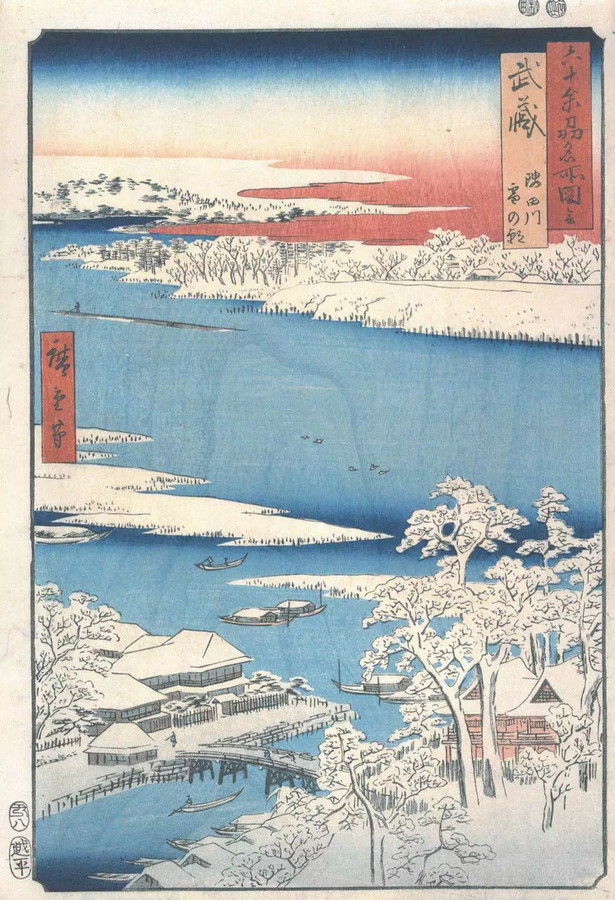 Morning after a Snowfall, the Sumida River, Musashi Province, from the series Views of Famous Places in the Sixty-Odd Provinces, 35.9*23.7cm, 1853, Utagawa Hiroshige, wide nishikie (A collection of Hua Studio) 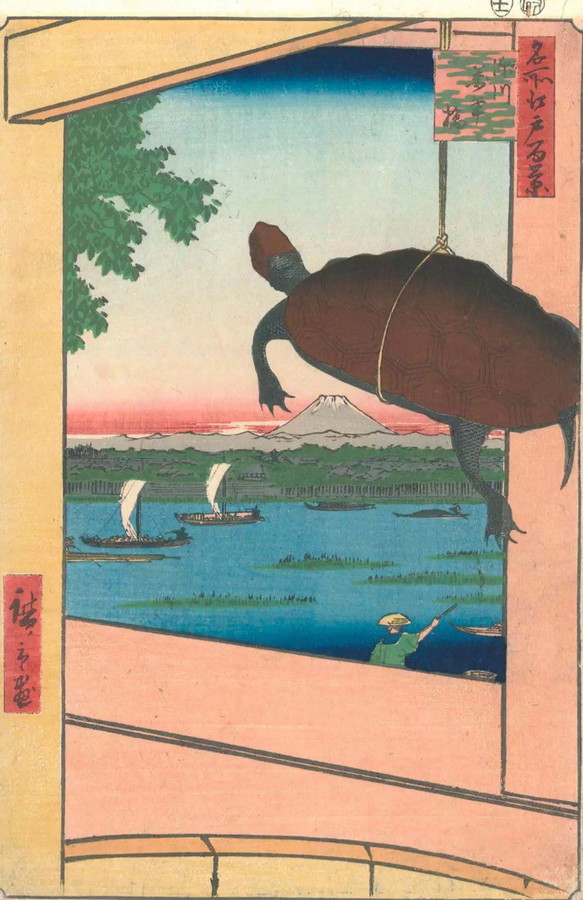 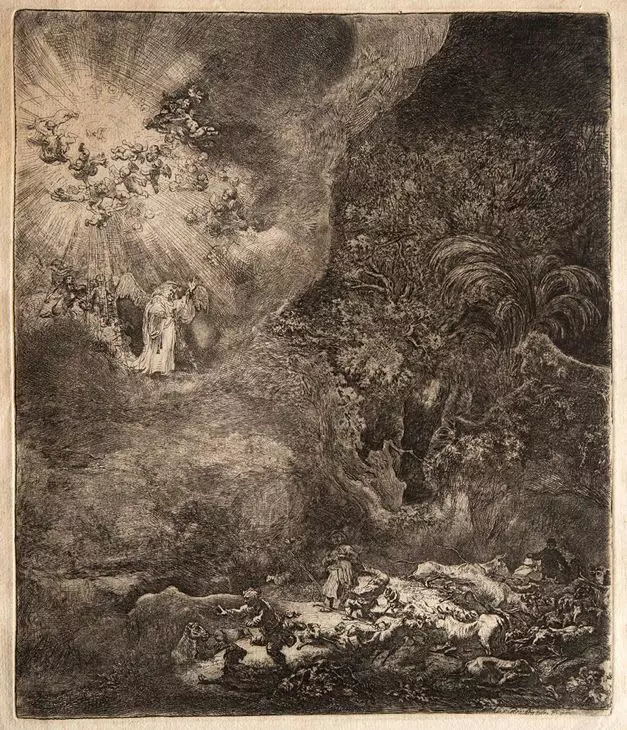