Time For Toys Popular Traditional Stories in Our Childhood: How Many Have You “Played” With?

Time For Toys Popular Traditional Stories in Our Childhood: How Many Have You “Played” With?

With the advent of the era of experience economy, high technology has brought along unprecedented convenience and colorful life to we human beings. For those who were born in such modern generations as 1970s, 1980s and 1990s, they have increasingly encountered with a fraction situation in traditional culture in their everyday life. Such games in last century as rolling hoops, hopscotch, mud hitting and eagle-grabs-chicken were mainly about group activities and have no longer been popular at present. Ipad and other kinds of electric toys have become the main focus of adults as well as kids. Rather than sharing the happiness with the others, people nowadays tend to enjoy the happiness alone.
In fact, however, the pride of a nation is also the pride of the world. On 28 May 2017, Uruguayan woodcarving artist Carlos Clavelli was invited by Shanghai Minsheng Art Museum and PACC to be the guest speaker of the master workshop on woodcarving. This time, led by their teachers (i.e. Yang Sha and Sun Lan), students from Shanghai Art & Design Academy (SADA) were invited to a workshop exploring the creation of woodcarving design and sculptures with artists. By the end of the workshop and with the help of academic studies on relevant topics, the students have made various creative toys that can provide the audience of all ages with diverse emotional experiencs and a way of understanding traditional Chinese culture in a relaxing and joyful atmosphere.

In this event, anyone fulfilling the following requirements was welcomed to explore new ways of traditional Chinese culture with their friends or family:

The audience was invited to:

Having come across so many interesting and creative hand-made wooden toys, do you feel your heart leaping up? Please come and have fun with us on the afternoon of this coming Friday! (More toys available for playing during the event)
This event was one of the series of collaborative program between Shanghai Minsheng Art Museum and Shanghai Art & Design Academy (SADA). Combined with museum public education practices and college academic courses, the program aimed to establish an extracurricular platform for the college students to train their practical operative skills and to provide them with the opportunity of meeting different artists, so as to solve various kinds of extracurricular problems and make benefit for both the teachers and the students. 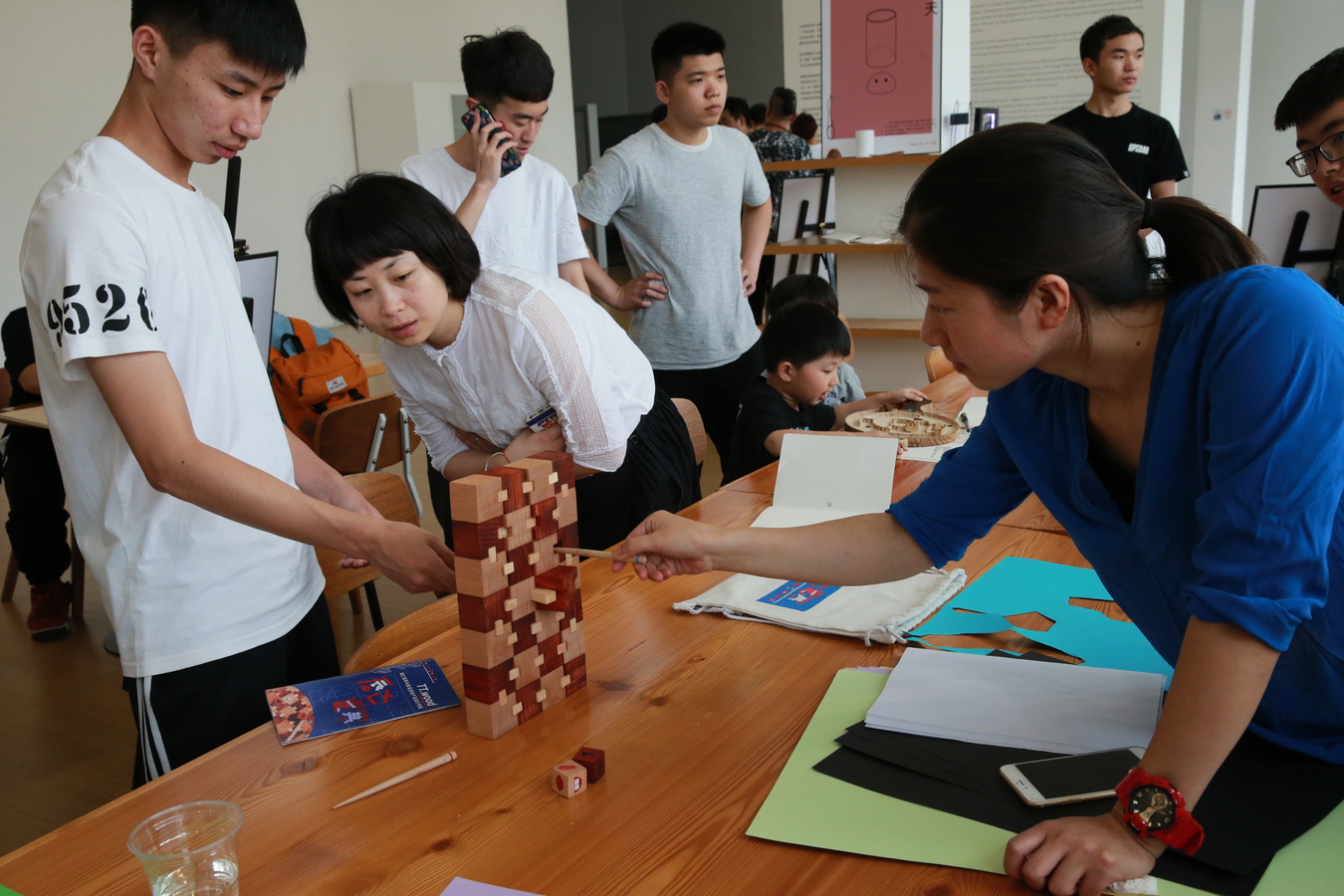 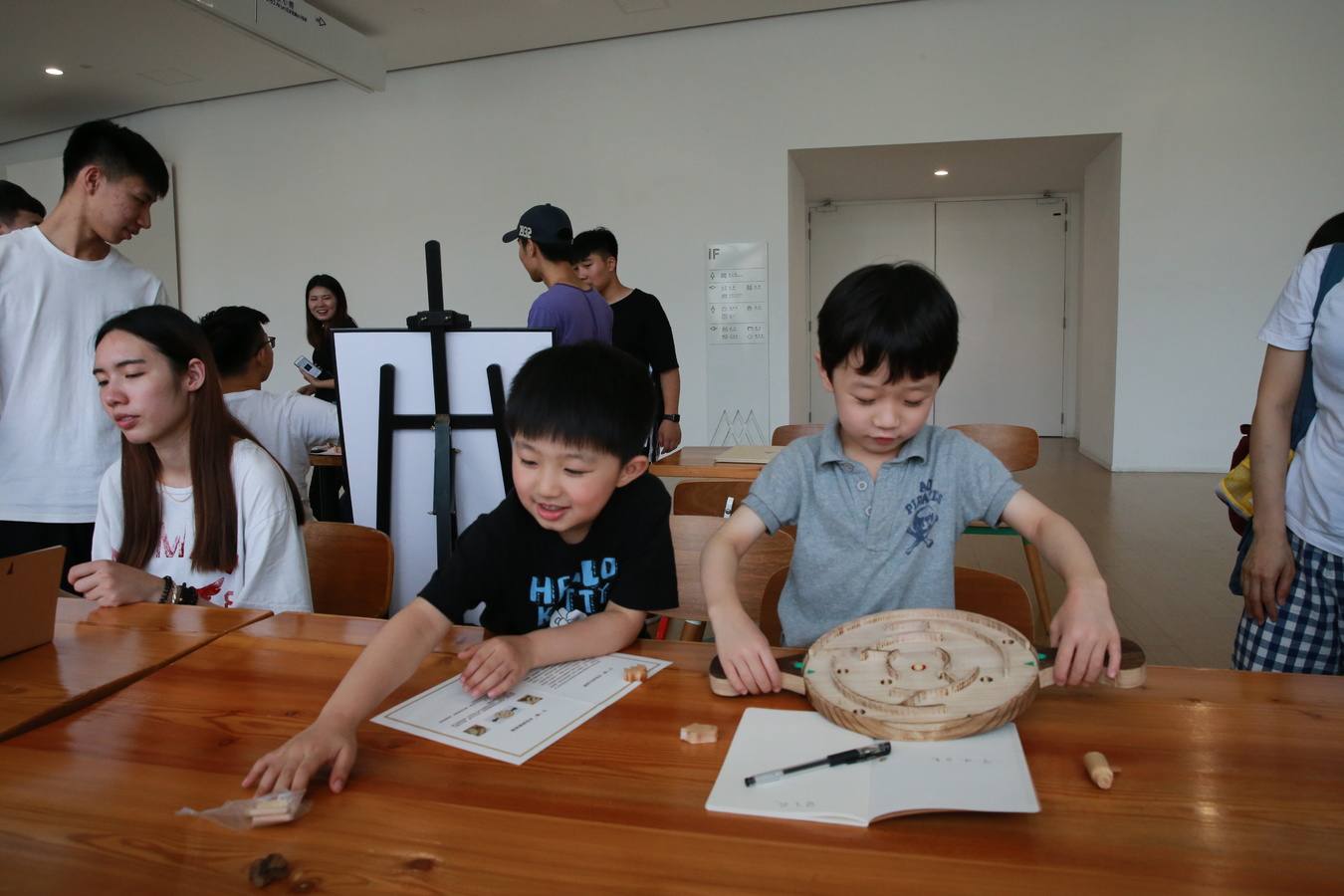 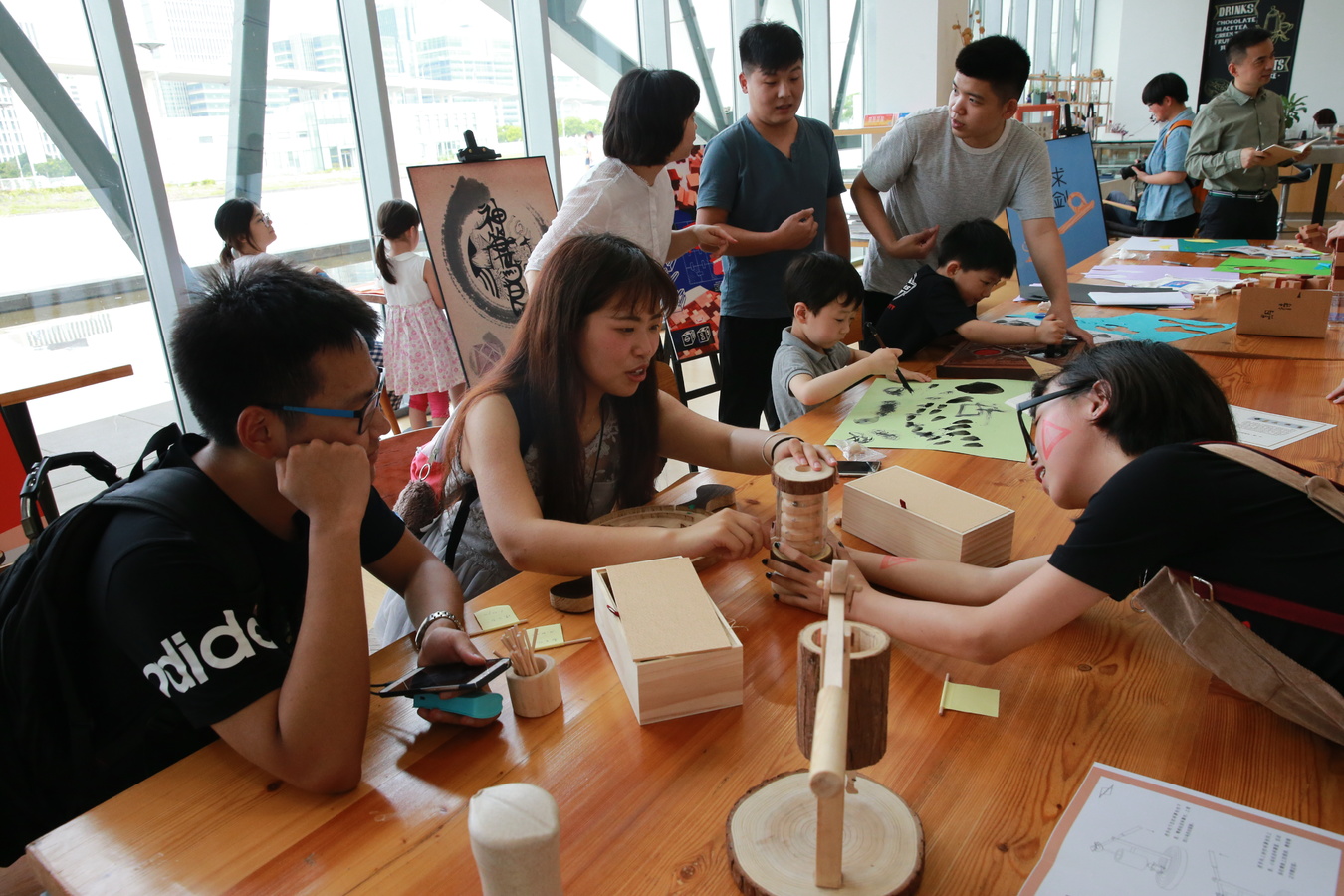