After being cut off from the Cultural Revolution, Chinese intellectuals in the 1980s returned to the global context and faced the West. They tried to understand the dramatic transformation of society and began to think about their own identity and cultural recognition. This is where Gu Wenda’s artistic practice began, and in the following 30 years staying in China and overseas, he reiterated the same question through different perspectives with his artistic practice, ‘Who are we? Where are we from? Where are we going?’. Whatever ink paintings, characters, gene technology or public art festival he uses, he is always questioning. He does not emphasize the differences between cultures but presents the translation and communication. He is not a cultural essentialist, instead he travels through the dynamics and perspectives of globalization and localization, gaining a sense of ‘distance’ as aesthetic experience.
Gu Wenda was born in the 1950s, grew up during the Cultural Revolution, and went onto the international art stage in the 1990s... After experiencing social changes and globalization and facing the opportunities and challenges in the context of the new economy, this generation of artists share the similar transition on the collective memories, problem awareness, ideas and the creation: From 1942, Mao Zedong’s Talks at the Yenan Forum on Literature and Art had a decisive influence on the basic appearance of Chinese art from the 1940s to the 1970s, and then under the context of ‘Cultural Fever’, ‘the introduction of Western Modern Philosophy and Art’ and ‘Aesthetic Fever’, the artists criticized and absorbed both traditional culture and the Western thoughts. Therefore they played an important role in art history and ideological-cultural history. From the 1990s to the present, under the transformation of global capitalism, the neo-liberal market comes back: from the standardization of large-scale industrial production to the customization of differentiated niche production, from the centralized organization of the pyramids to the fission of the free tuber-type project team. A new definition of artists has emerged as a project producer or team leader, which is active in the contemporary art scene.
To this end, we invited art critics, curators, artists, and scholars to engage in the dialogue. Through speeches and round-table discussions, we want to discuss what role Chinese artists are able to play and will play with their own exploration of their own identities under the development of Chinese contemporary art and its interweaving with the West.

Gu Wenda, confident and well talented, has skillfully used his three strategies (‘breaking’, ‘establishing’ and ‘fushion’) to achieve his ‘two-way’ goal throughout his forty years practice (getting into into the mainstream of the West and ‘pulling’ the Chinese ancient traditions into the contemporary direction), which has made him the most indisputable, supersede, and powerful ‘ink painting pioneer’ in today's China.

Gu Wenda, one of the pushers of Chinese contemporary art, took the conceptual ink painting in the 1980s as a breakthrough point, and therefore distanced himself from the centralized art traditions. His challenge to miswrite the characters established himself as the most representative avant-garde artists during the 1985 New Wave. What I am most interested in is the united nations art project, and this is not only because of its ambitious global context, but also because his creative work tries to connect our Oriental character linear writing and image reorganization, which reflects Gu Wenda’s thought on the interaction of cultural identity and Chinese art, and also brings out the development of a series of continuous personal creation and artistic logic. Gu Wenda’s most important contributions are: the production of knowledge different from the control of the consciousness from the power and the cultivation of the market consumption different from the centralized aesthetics.

In the era of globalization, the exchange of different cultures has become more frequent. Any stubborn adherence to a single, primitive ecological art form, or blind imitation of Western modern art practices, is inadvisable. How to deal with the normal collisions between different cultures and to transfer them into a historic opportunity instead of a disaster, has become a problem that every artist and cultural scholar must seriously consider. Gu Wenda rediscovered the Orient through his artistic creation about the West, and recreated the Orient through the mutual integration, which provided reference and learning significance for the present.

Speaker: Wang Duanting
Ethnic cultural identity is the core issue that Gu Wenda has always paid attention to. The situation of transnational life brought him the anxiety of cultural identity and the necessity of the confirmation of it, while globalization provided realistic context for his artistic expression. In fact, in a closed country that lacks comparative possibilities, the awareness of national cultural identity won’t come out. Conceptual art, more precisely the Deconstruction, provides his art with the methodology of expression. As the most standard model of Glocalization, Gu Wenda’s art has demonstrated his own spirit of independence and value in the deconstruction of traditional culture.

Gu Wenda’s early ink paintings and Chinese character experiments are the reflection of cultural traditions. They reflect, criticize and deconstruct traditions by exaggerating the mistakes and unreadability of writing, especially the Chinese literati tradition. By deviating from the traditional language form, the formal meaning of the Chinese characters was expelled, and the most superficial pure image meaning was independent. Those images were presented from the ruins of the traditional literal meaning. This image form is also entwined with the artist's Cultural Revolution experience and expresses the complex relationship between writing, cultural traditions, politics, emotion, and survival. The rejection of the essence of the truth behind the text formed the Ekstase of Chinese characters (Heidegger); purely wandering in the visual difference and in the overall atmosphere of the image opened a huge free space for the artist's creation. This distanced relationship between the artist and the Chinese tradition also extends to his latest works. Group participation, grand narrative, and national aesthetics, those closely related to Gu’s own experience and taste are put into the cultural comparison and cultural orientation as the samples of Chinese culture. Under that, we seek for some inclusiveness and integration between the orient and the west.

Gu Wenda is a rare artist who has consistently broken through in style and performance. More importantly, from the 1980s to the present, every breakthrough in his various stages has become a focus of widespread concern and controversy in the art world and even in society. In the context of the game relationship between globalization and localization (also ‘internationalization/nationalization’ and ‘internationality/locality’), Gu Wenda undoubtedly evades the tension between them, but put more emphasis on its ‘intertextuality’. You can say that his success is related to the adoption of a so-called ‘glocalization’ perspective in contemporary artistic creation, and is sensitive to the dynamics and response of contemporary social propositions. From the end of the 1980s to the early 1990s, Gu Wenda began to ‘translate’ and ‘wander’ between two identities after completing the conversion from a Chinese artist to an international artist. The idea to popularize the tradition has gradually showed up, which undoubtedly provides an effective possibility for Chinese traditional elite culture to participate into the contemporary cultural process. And his concept of artwholism, while fulfilling his artistic definition, has also led to hot topics such as capital’s control over art and the anti-control. In this process, Gu Wenda further realized his transformation from the identity of a single artist to multiple coordinators.

In the modern era in which globalization has become increasingly fierce, in addition to discussing the identity of the self in geographical culture, and especially in the context of fierce modernization in China, there has also been dramatic evolution from pre-modern, modern to post-modern, accompanied by the same strong rejection effect. The three of them intermingled with each other to form a diaspora, coexisting in merging, compromise, and collision. From the 1970s to today, it is also the transformation of global capitalism: from the return of control welfare to neo-liberal markets, from the standardization of large-scale industrial production to customized and differentiated niche production, from the centralization of pyramids to the freedom of the tuber project team. The myth of artists’ individualism has also faded; a new kind of artist's identity has emerged - as the project manager and as a collaborative team. Gu Wenda also changed his working methods and content in his artistic practice. He raised the concept of artwholism. We will talk about the production, consumption and dissemination of art today in the context of whole art and the new economy.

Beauty, Emotional Life and Public Participation in Art: From Kant to Contemporary

How does beauty, sublimity and identity construction intertwine? Starting from Kant, the opposition between beauty and sublimity means the opposition between our special identity in our homeland and the universal identity that is not in the world. The ideal place to live in enlightenment is to break all worldly experience limitations and move toward new possible ends that people can hope to have. To achieve this, most human emotions need to be rejected. After Kant, defending human emotions and beauty became a problem. Lansier used the resources of Schiller and Hegel to find a breakthrough for the emotional expression mechanism and provided new resources for reinterpreting the aesthetic and sociological significance of contemporary art: the ideal world will be located in different scenarios specific beauty. The delivery and return of the red lantern (heavenly lanterns shanghai station) no longer express sublimity but represents the distribution of beauty. It may shape the new public emotional coordination form and distance from the enlightenment context since the 1980s.

Chen Xiaoxin is an art critic. He obtained his bachelor degree from the Department of Chinese Language and Literature at East China Normal University and his master degree at Sichuan University. He used to work at Nanjing University of the Arts and Jiangsu Pictorial Art Monthly; he was also the guest professor of Sichuan Fine Art Institute and Sanming University.

Ge Yujun, Ph.D. in Fine Arts, young critic and curator. Zou Yuejin is his master degree tutor, and Pan Gongkai is his doctor degree supervisor. He graduated from the School of Humanities of the China Central Academy of Fine Arts. Currently he is the director of the teaching department of the Graduate School, and he is the chief editor of the art program of ChinesePlus.com.

Jiang Jun, an artist and art critic who graduated from Kunstakademie Münster receiving the title Meisterschüler of Prof. Aernout Mik, a reseacher at the theoretical studio of Shanghai Public Art Cooperation Center (PACC) and the International Public Art Association (IPA), and one of the founders of the Art Bureau of Investigation. He is currently a Ph.D. candidate of iconology and exhibition culture studies at China Academy of Art and Peking University, and lives and works in Hangzhou and Shanghai. 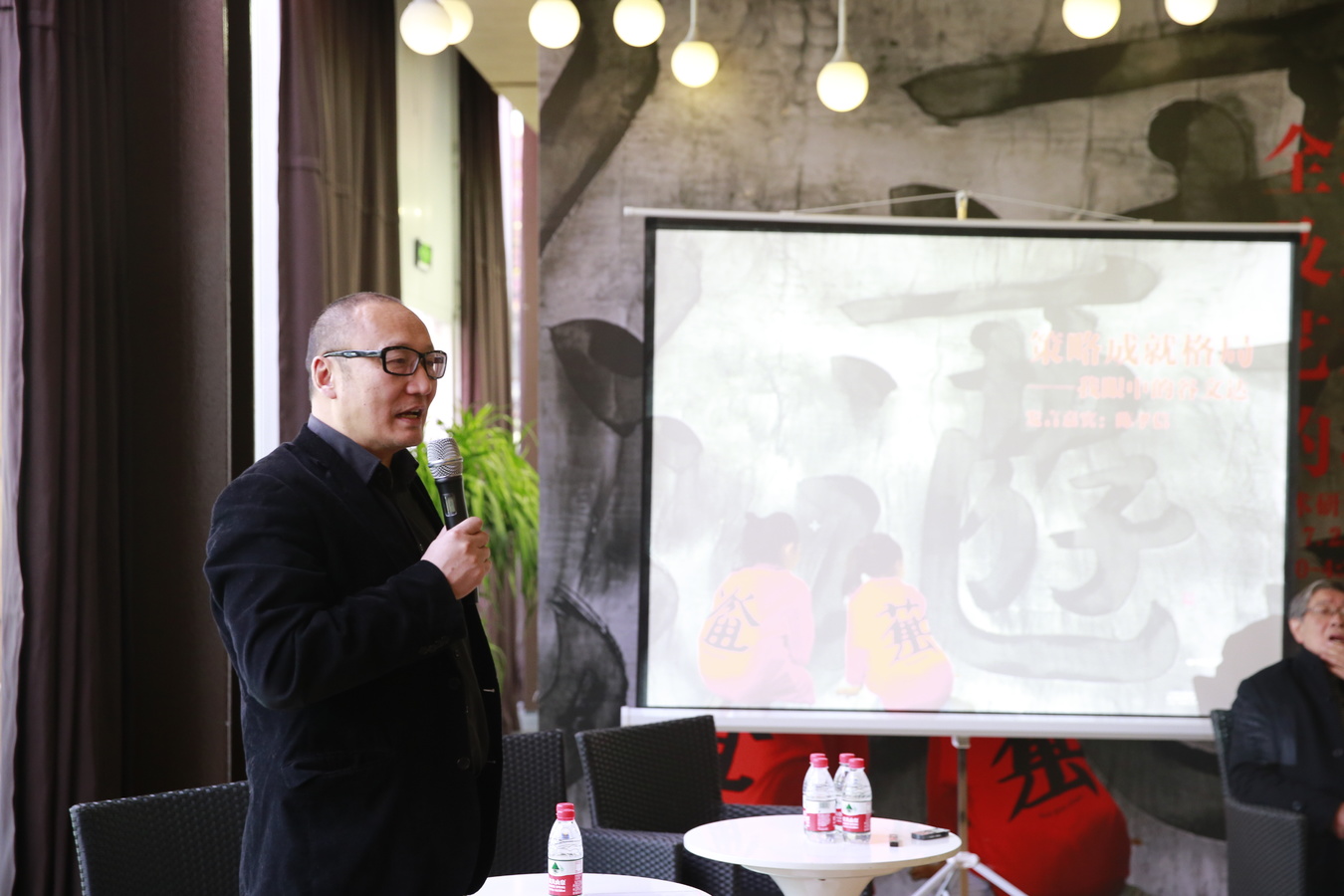 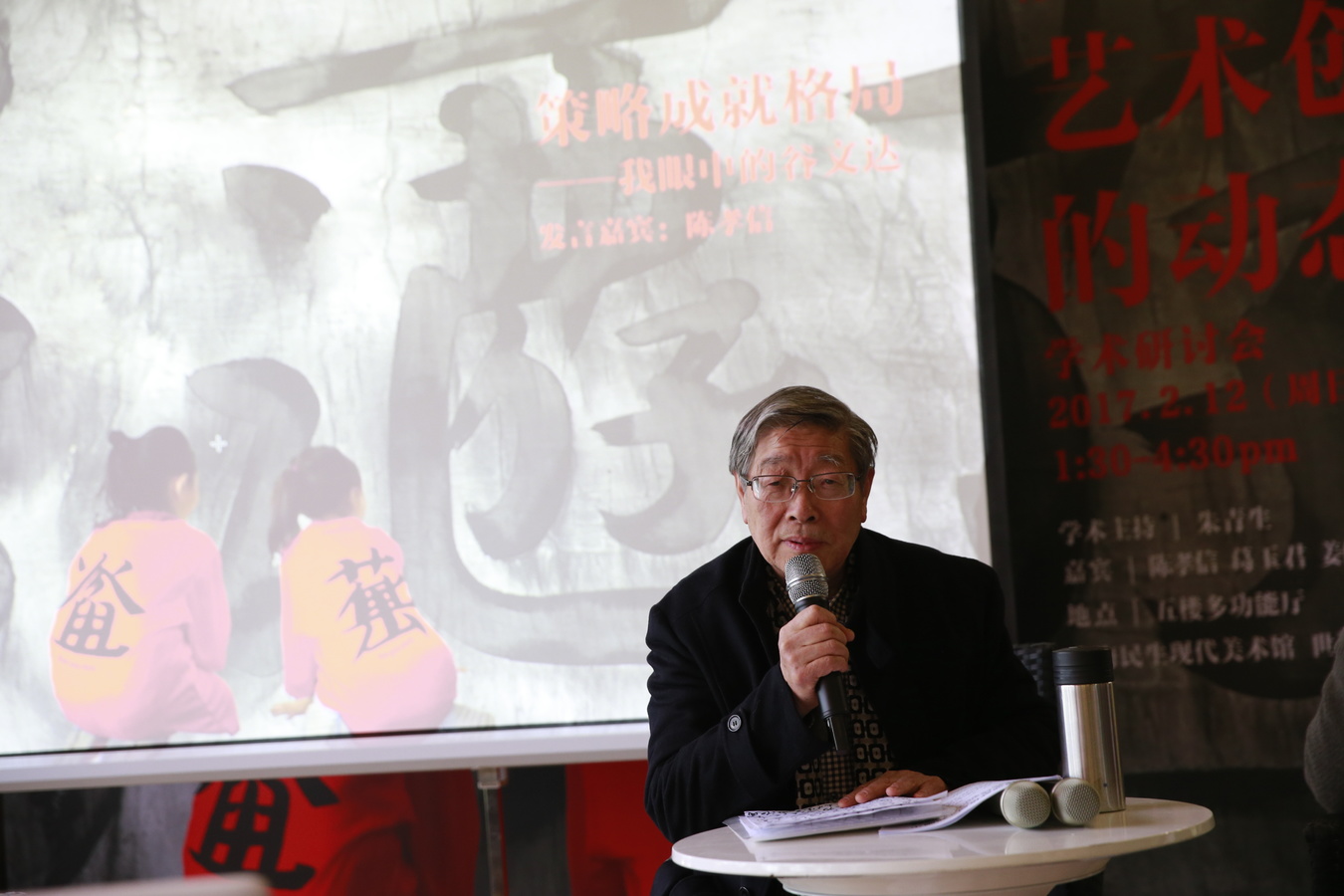 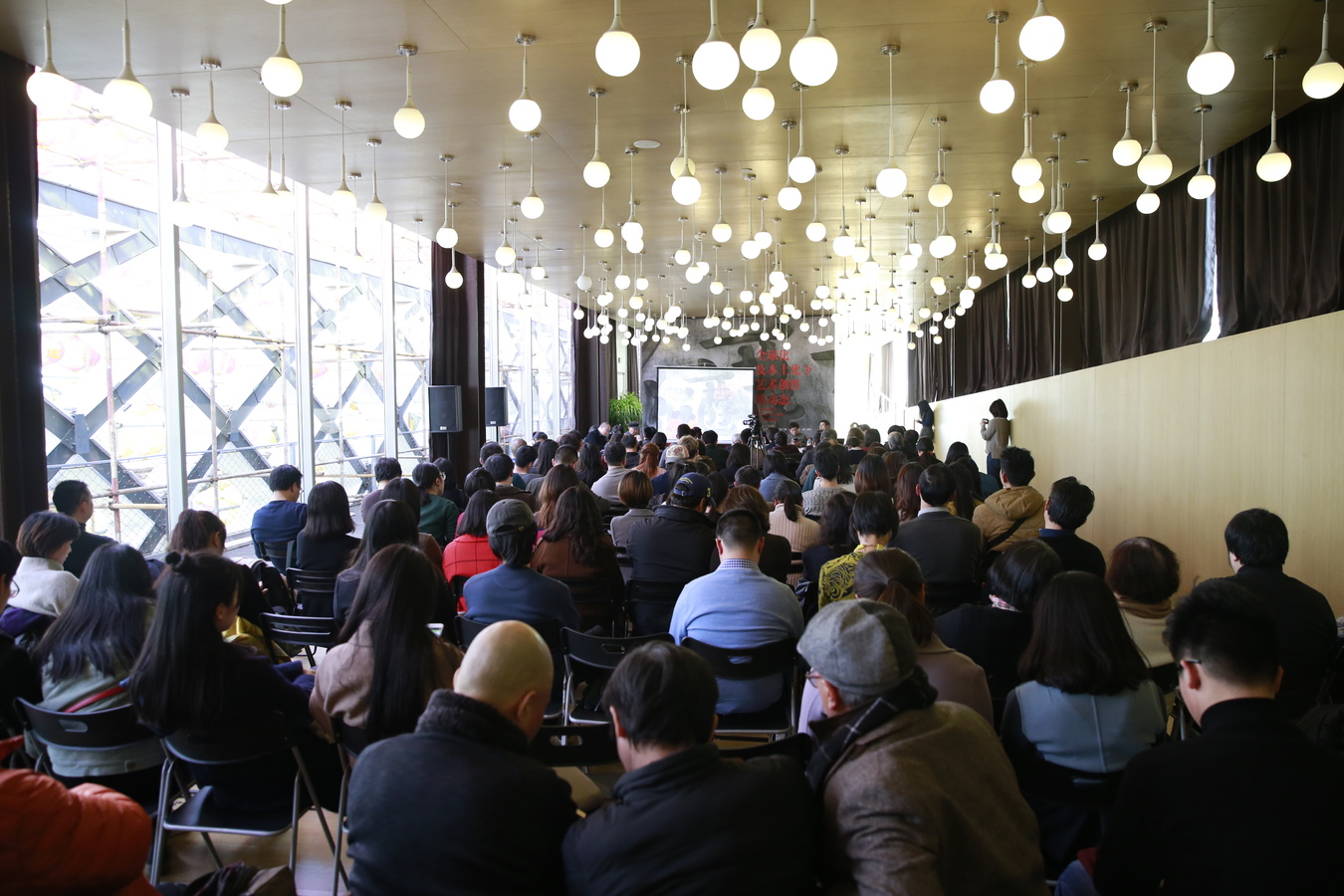 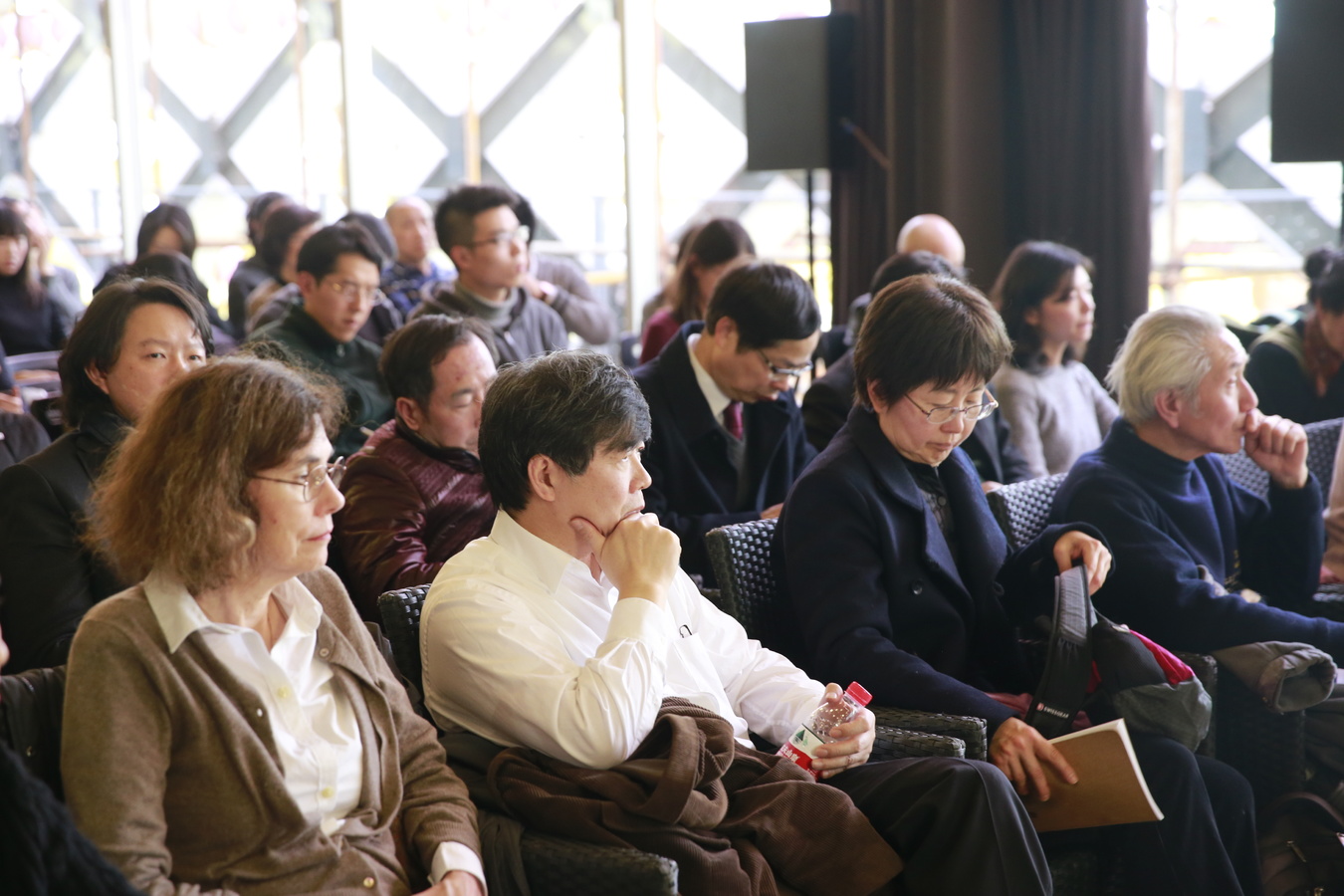 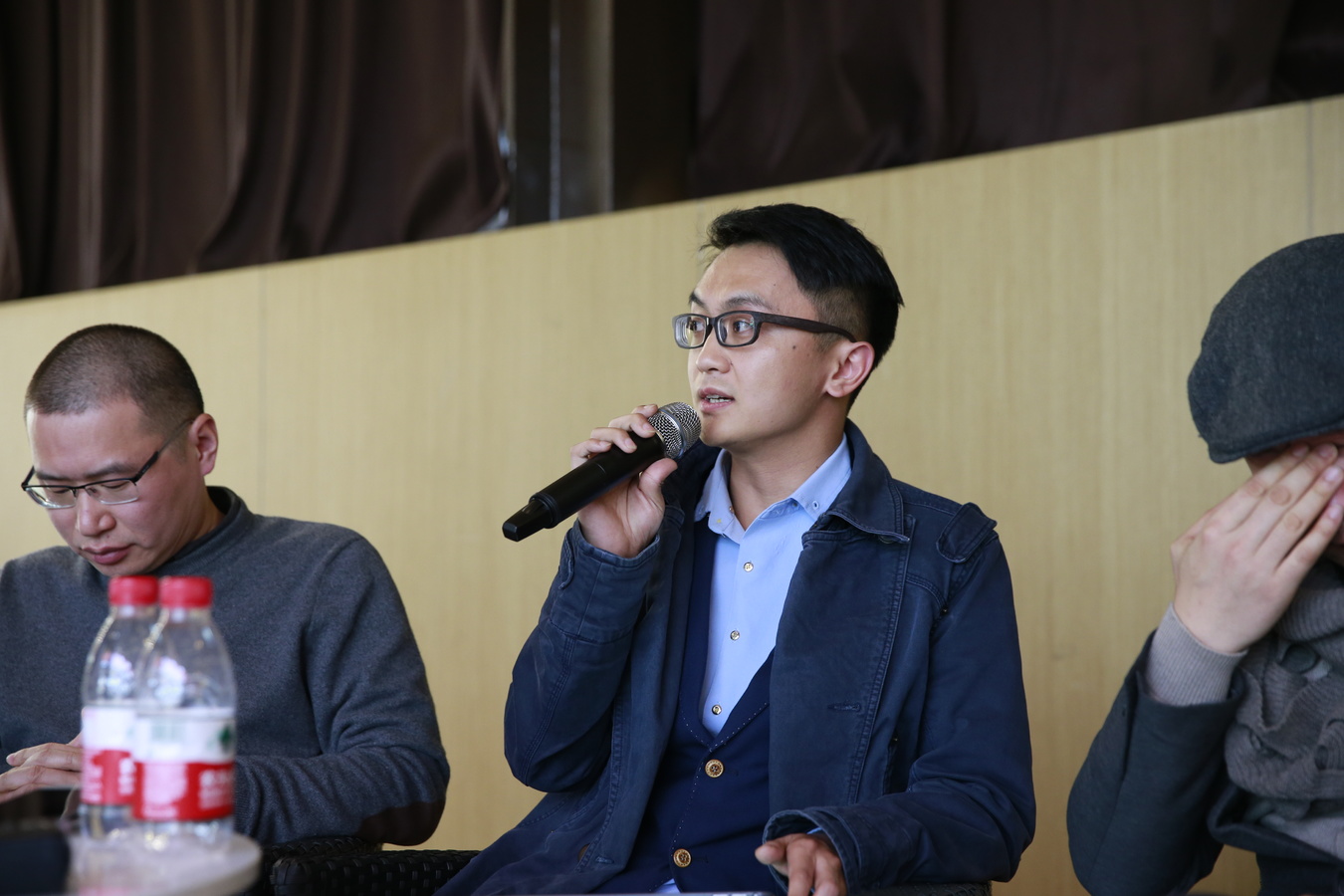 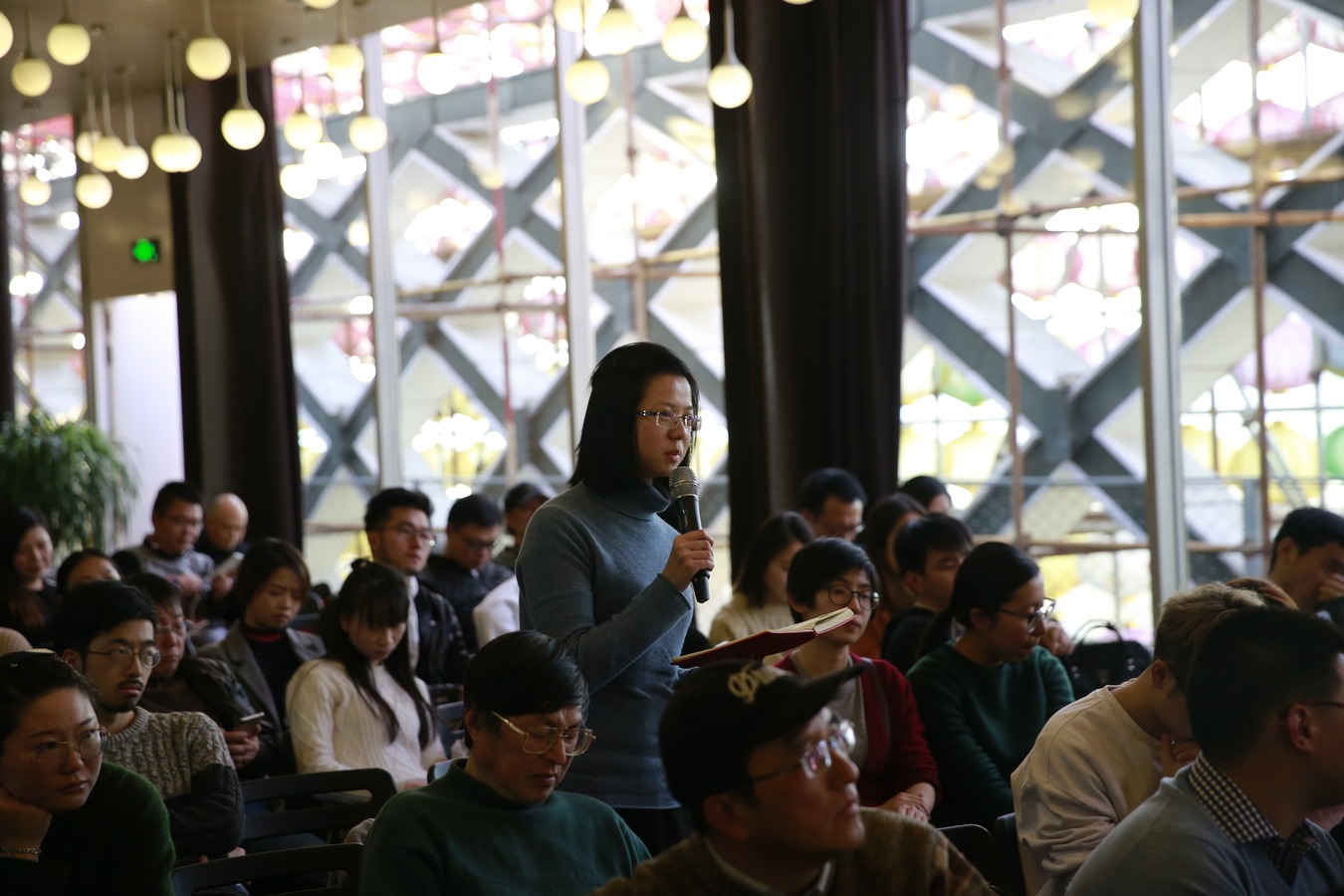 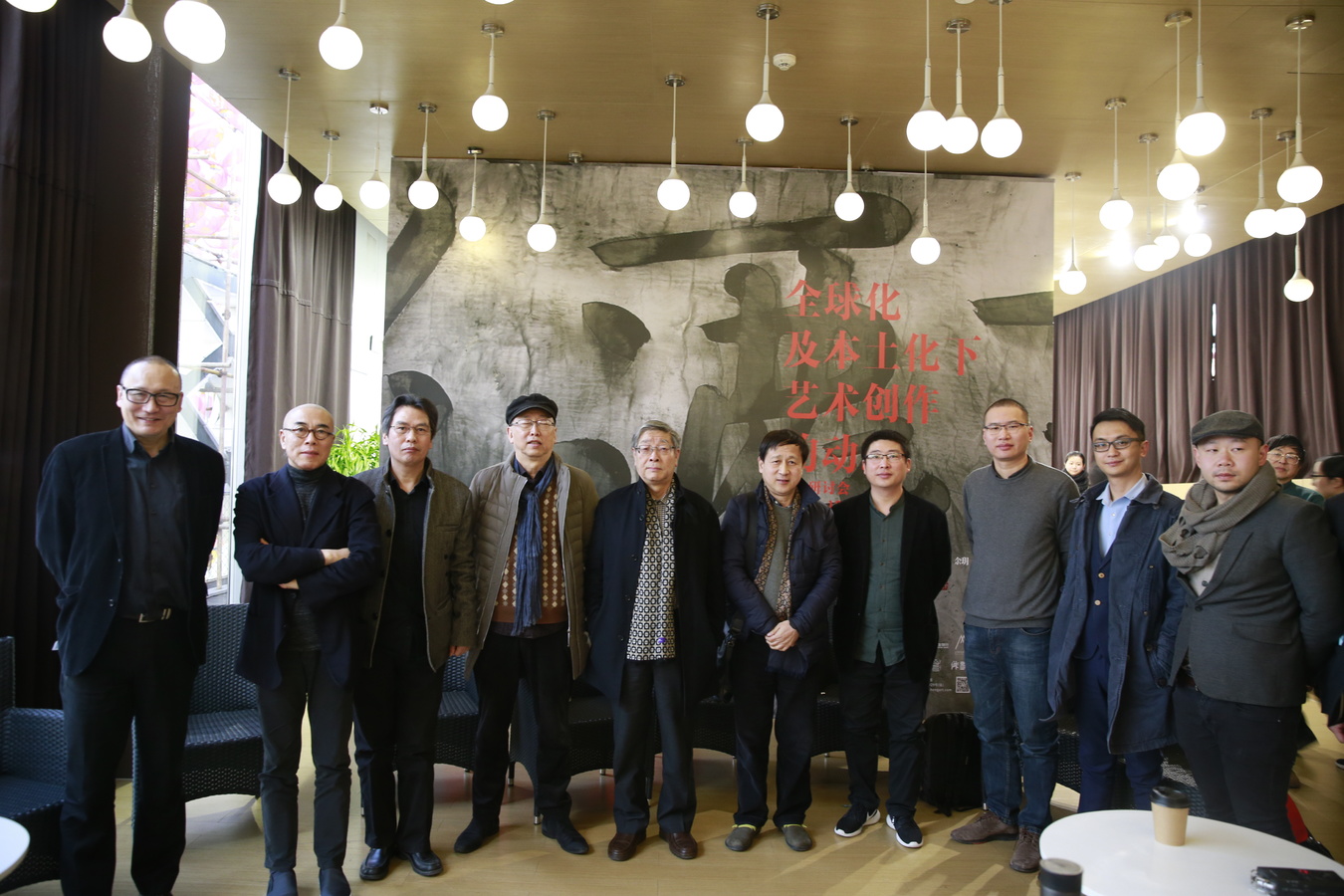 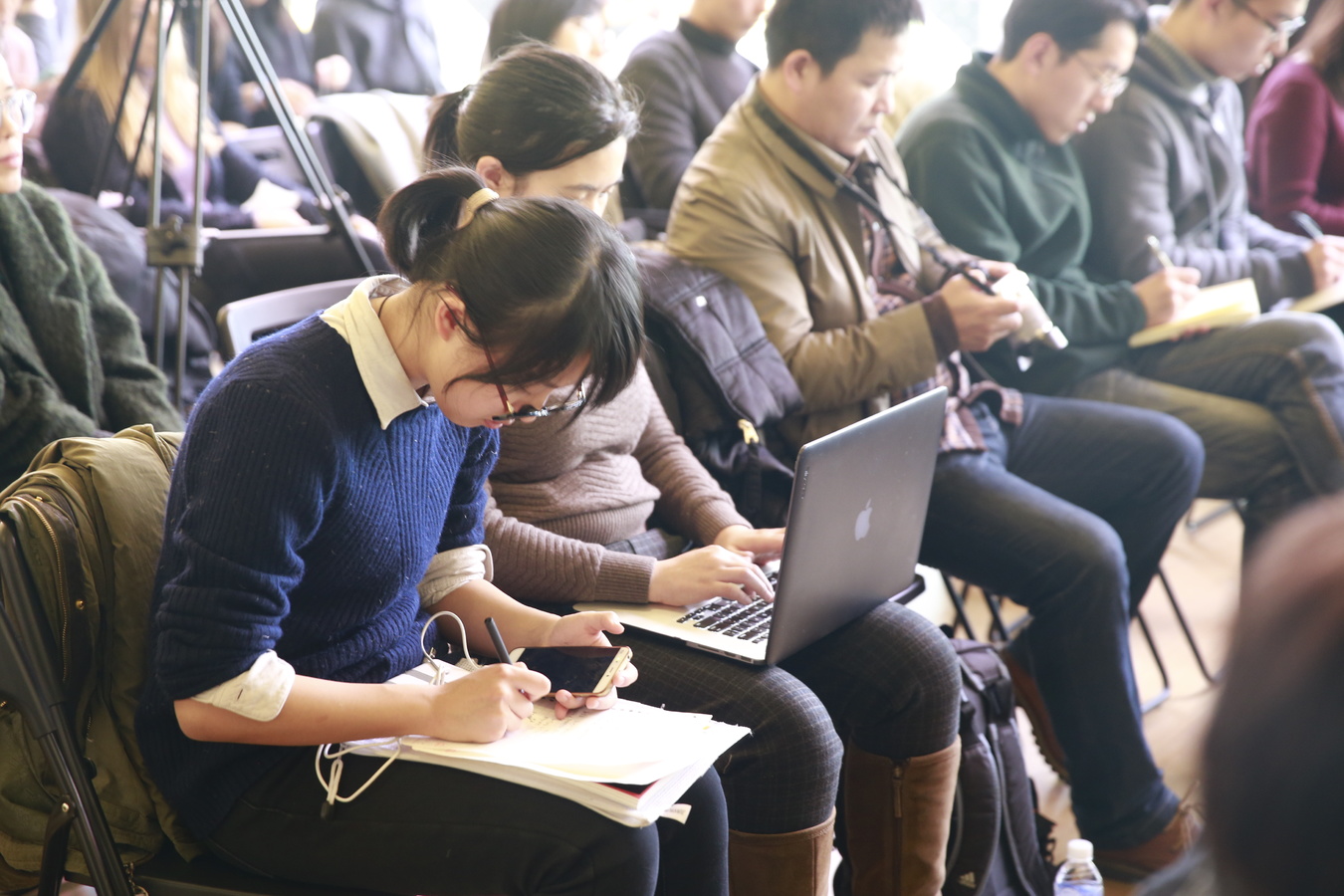