【Lecture】: The Lasting Half a Century Bond with Animated Film

【Lecture】: The Lasting Half a Century Bond with Animated Film

Established in 1960, Annecy International Animation Film Festival in France is the largest and best international animation festival in the world, enjoying the title of Oscar for Animation. In 2017, China was invited for the second time as the guest of honor to participate in the festival. The screening of the classic films of the Shanghai Animation Film Studio opened the prelude to the theme of Salute to Chinese Animation. In 1985, China was also invited as a guest of honor when five short films and three longer ones were exhibited: a restored edition of Chinese first animated film Princess Iron Fan made by Wan Brothers in 1941, Prince Nezha's Triumph Against Dragon King and Legend of Sealed Book. This is the first time that China officially unveiled Annecy, enabling animation workers from all over the world to have a deeper understanding of Chinese animation.

Shanghai Animation Film Studio was founded in 1957 with animation, puppetoon and jianzhi three departments. After the technological innovation in 1958, Qi Baishi’s prawn was put on the screen; then there came the first shui-mo animation Where is Mama? (1961) The objects The Cowboy’s Flute illustrates are poetic and show the vast mountain and river of China with the footsteps of the young cowboy. The birth of shui-mo animation also made director Hu Jinqing, who specialized in jianzhi, come out the idea of ​​producing shui-mo jianzhi animation. He tried and experimented a new technology and opened new prospects; and therefore we see The Fight Between the Snipe and the Clam.

The year 2017 happens to be the 60th anniversary of the establishment of Shanghai Animation Film Studio. Marie-Claire Kuo Quiquemelle, head of Le Center de Documentation sur le cinéma chinois (CDCC) was invited to curate a special Chinese Animation Film Review unit. In 1964, Marie-Claire first came to China to learn Chinese. Having watched Havoc in Heaven, she became very interested in Chinese animation and confidently decided that this would be an ideal way for foreigners to understand Chinese culture, especially for the French. She founded a group dedicated to Chinese culture at the Paris Diderot University and organized a series of screening events, which was the predecessor of the CDCC. In the Annecy Film Festival, Marie-Claire, on behalf of Shanghai Animation Film Studio, accepted the special classic animation award by the Annecy Film Festival – which can also be regarded as a recognition and praise for her constantly working on promoting the international communication of Chinese animation film.
Marie-Claire has once come to Shanghai with French documentary film director Julian Gaurichon to shoot a 60-minute-long documentary, where they interviewed filmmakers of different ages, introduced the aesthetic exploration of Chinese animation and Shanghai Animation Film Studio, and recorded in detail how SAFS developed and changed from its beginning. After its debut on French television, the film has been replayed several times in Europe and the United States.

Over the years, Marie-Claire continued to interview the animators and documented with the video medium. From 1979, she has already visited the SAFS at Wanhangdu Road; and for a long time, she has volunteered to popularize Chinese animation film and Shanghai Animation Film Studio to make great effort for the spread of Chinese animation film in France and all over the world. In 1984, the cultural association where she worked held the first Chinese film festival in France. A total of more than 140 films were shown in the exhibition. Since then, the similar events have been carried out in France. Whenever there are opportunities for inter-city friendly activities, short film festivals or some family activities, she always tries to say something about Chinese animation films. Now due to her effort, many French children know who Sun Wukong is. They all know the Monkey King.
In September 2014, the CDCC organized a one-week film festival at the Chinese Cultural Center in Paris with the support of the Ministry of Culture. It systematically introduced Chinese animation films with a total of 110 animated films, most of which were classic pieces from Shanghai Animation Film Studio. Her years of hard work has also received the professional recognition. In 2015, the La Rochelle Film Festival invited CDCC to curate the Chinese animation film unit. In the following year, the film festival in Meknes, Morocco also invited her to introduce the achievements of Chinese animation film. Also, due to her constant popularization, the world’s biggest animation platform - Annecy International Animation Film Festival, finally decided to invite China this year as the guest of honor. It was 32 years ago from the last attendance as a guest of honor. As a recognized authority on Chinese animation, Marie-Claire was invited to be responsible for four out of whole eight Chinese animation units. The Annecy Museum also partnered with the CDCC to organize a retrospective exhibition of Chinese animation, where many valuable source materials were provided and shown by CDCC.
* The content was partly contributed by Mr. Guo Junliang from CDCC.
Made in Shanghai: Animated Films of the Good Old Times series lecture is honored to invite Ms. Marie-Claire Kuo-Quiquemelle to share her lasting half a century bond with Shanghai Animation Film Studio. We will have a chance to go back the era when she first met the Chinese animation and recall that golden age.

Ms. Marie-Claire Kuo-Quiquemelle, who studied Chinese early at the French Oriental Language Institute, has been working on the research and popularization of Chinese culture since her participation in the French National Center for Scientific Research in 1970. She has made significant contributions to many aspects of Chinese traditional opera, film and the Miao studies. In addition to many books, she has directed several documentaries. For 30 years, she has introduced and popularized unique animation skills in China to all over the world, such as shui-mo animation, puppetoon, zhezhi animation and so on. In the fall of 2014, she held a Chinese animation film festival at the Chinese Cultural Center in Paris, screening over 100 animated films and publishing a detailed catalogue. This is the first comprehensive introduction to Chinese animation film art in foreign countries. After retirement, she is fully responsible for Le Center de Documentation sur le cinéma chinois (CDCC). Founded in the 1970s, after many years of hard work, CDCC has now become one of the most important Chinese film archive centers overseas. It has collected about 800 35-mm and 16-mm feature films and documentaries, including some from the 1940s, and the first animated film Princess Iron Fan, which are currently stored in the thermostatic warehouse of the French National Film Center and are stepping up the compilation of detailed catalogues. In 2015, CDCC cooperated with Shanghai Film Museum to screen eight old movies including the solitary Fake Phoenix, which caused a great flutter at that time. 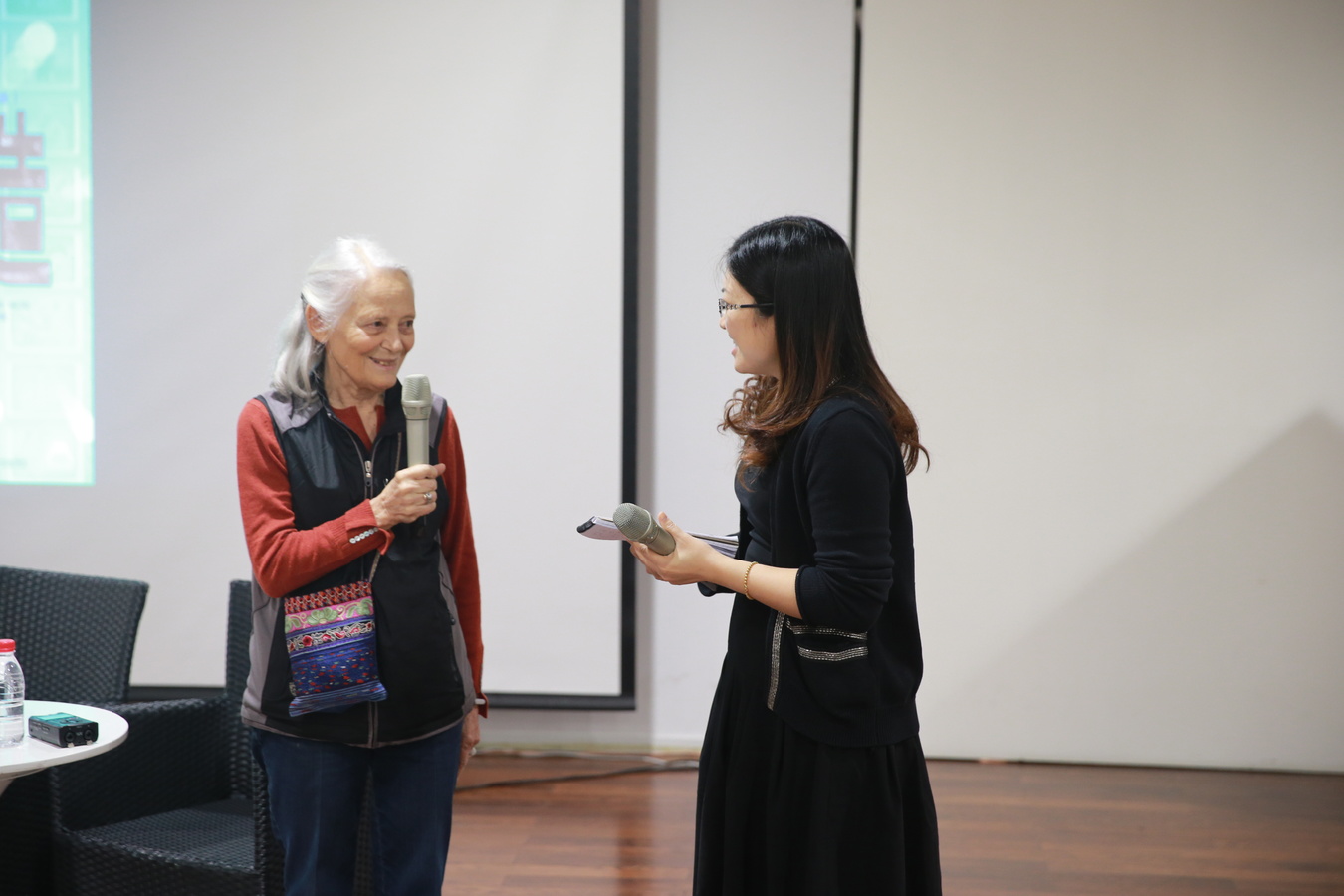 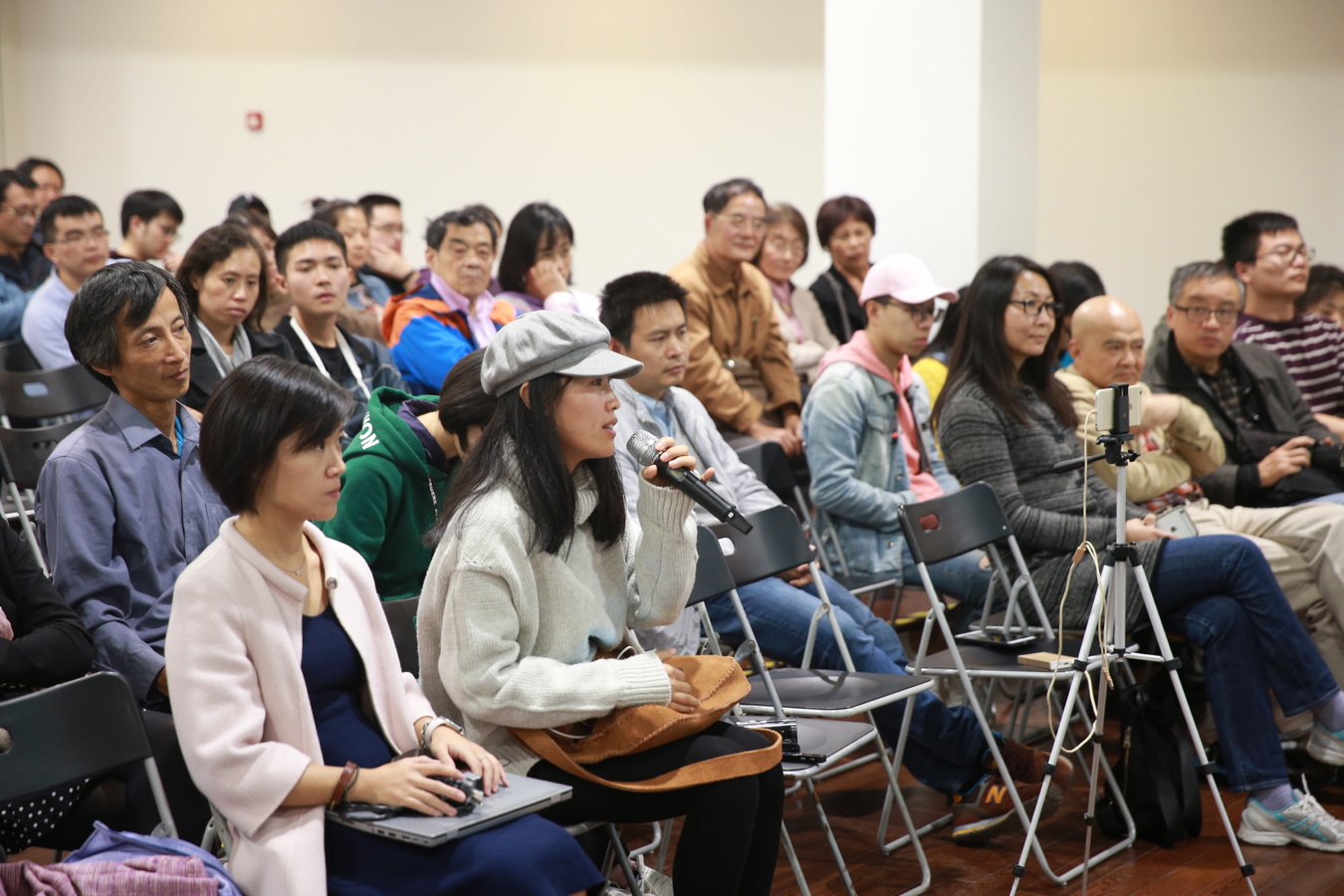 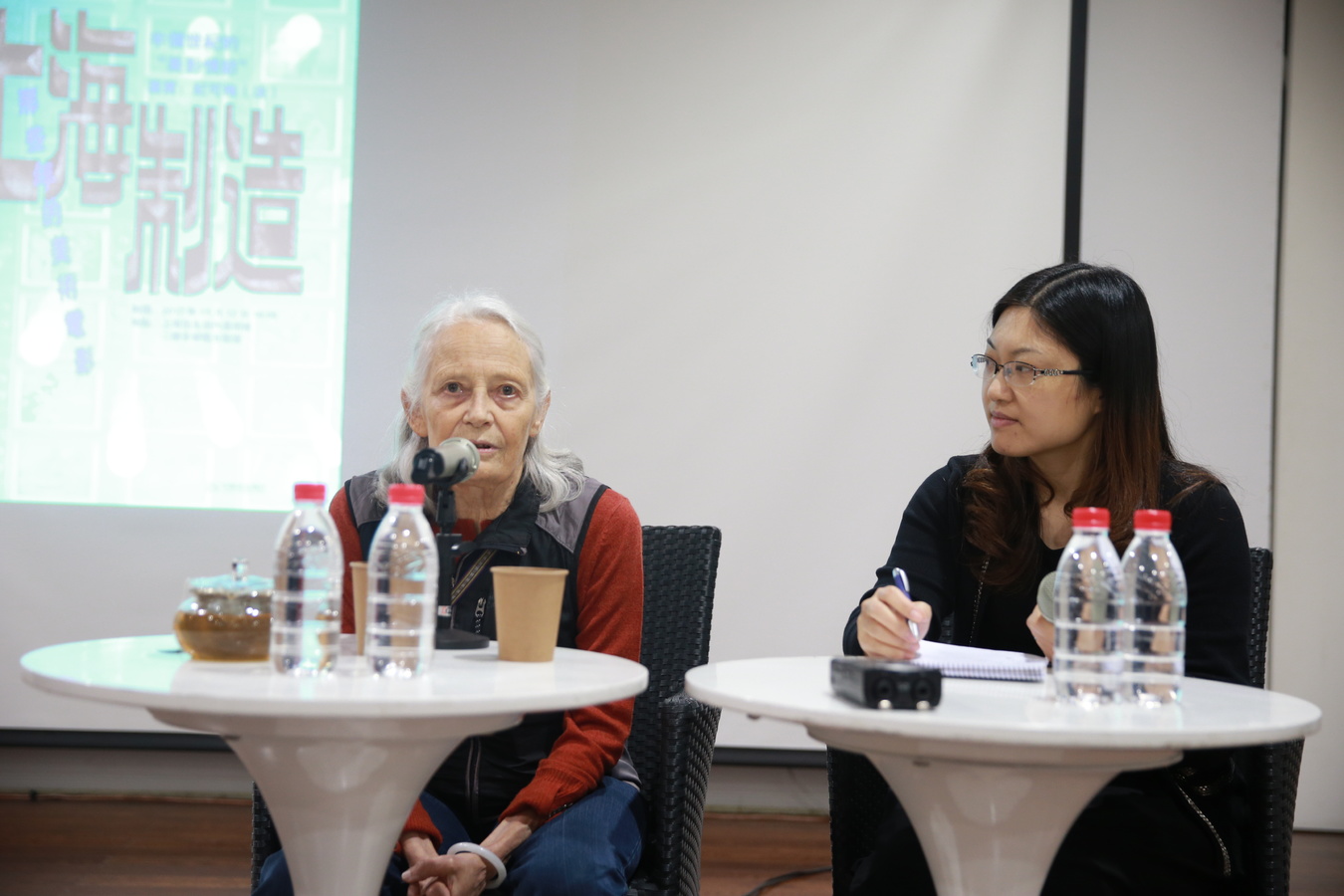